Yet Medicare wouldn’t pay for that. So Gordon is stuck with a $7,000 bill she can’t afford — and, as if that were not bad enough, she can’t appeal.

The reasons Medicare won’t pay have frustrated the Rhode Island woman and many others trapped in the maze of regulations surrounding something called “observation care.”

Patients, like Gordon, receive observation care in the hospital when their doctors think they are too sick to go home but not sick enough to be admitted. They stay overnight or longer, usually in regular hospital rooms, getting some of the same services and treatment (often for the same problems) as an admitted patient — intravenous fluids, medications and other treatment, diagnostic tests and round-the-clock care they can get only in a hospital. 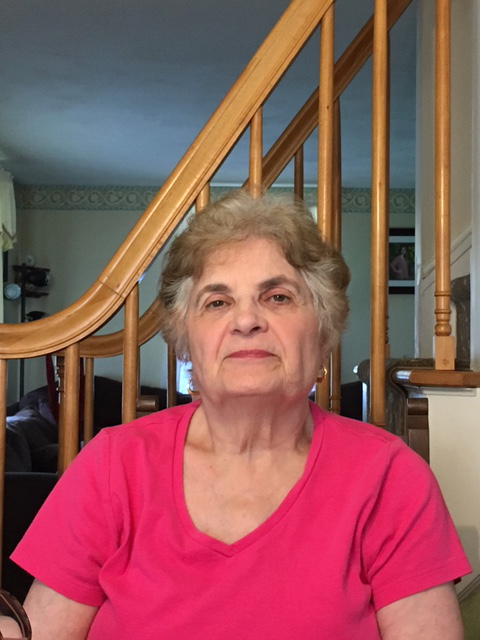 After knee replacement surgery, Betty Gordon needed to go to a nursing home but because she had been in outpatient care and not hospitalized as an admitted patient for three days, Medicare would not cover her care there.(Courtesy of Betty Gordon)

But observation care is considered an outpatient service under Medicare rules, like a doctor’s appointment or a lab test. Observation patients may have to pay a larger share of the hospital bill than if they were officially admitted to the hospital. Plus, they have to pick up the tab for any nursing home care.

Medicare’s nursing home benefit is available only to those admitted to the hospital for three consecutive days. Gordon spent three days in the hospital after her surgery, but because she was getting observation care, that time didn’t count.

There’s another twist: Patients might want to file an appeal, as they can with many other Medicare decisions. But that is not allowed if the dispute involves observation care.

Monday, a trial begins in federal court in Hartford, Conn., where patients who were denied Medicare’s nursing home benefit are hoping to force the government to eliminate that exception. A victory would clear the way for appeals from hundreds of thousands of people.

The class-action lawsuit was filed in 2011 by seven Medicare observation patients and their families against the Department of Health and Human Services. Seven more plaintiffs later joined the case.

“This is about whether the government can take away health care coverage you may be entitled to and leave you no opportunity to fight for it,” said Alice Bers, litigation director at the Center for Medicare Advocacy, one of the groups representing the plaintiffs.

If they win, people with traditional Medicare who received observation care services for three days or longer since Jan. 1, 2009, could file appeals seeking reimbursement for bills Medicare would have paid had they been admitted to the hospital. More than 1.3 million observation claims meet these criteria for the 10-year period through 2017, according to the most recently available government data.

Gordon is not a plaintiff in the case, but she said the rules forced her to borrow money to pay for the care. “It doesn’t seem fair that after paying for Medicare all these years, you’re told you’re not going to be covered now for nursing home care,” Gordon said.

No one has explained to Gordon, who has hypoglycemia and an immune disease, why she wasn’t admitted. The federal notice hospitals are required to give Medicare observation patients didn’t provide answers.

Even Seema Verma, the head of the Centers for Medicare & Medicaid Services, is puzzled by the policy. “Better be admitted for at least 3 days in the hospital first if you want the nursing home paid for,” she said in a tweet Aug. 4. “Govt doesn’t always make sense. We’re listening to feedback.” Her office declined to provide further explanation.

Patients and their families can try to persuade the physician or hospital administrators to change their status, and sometimes that strategy works. If not, they can leave the hospital to avoid the extra expenses, even if doing so is against medical advice.

The requirement of three consecutive days as a hospital inpatient to qualify for nursing home coverage is written into the Medicare law. But there are exemptions. Medicare officials don’t apply it to beneficiaries in some pilot programs and allow private Medicare Advantage insurers to waive it for their patients.

Concerned about the growing number of people affected by observation care, Medicare officials created a “two-midnight” rule in 2013. If a doctor expects a patient will be sick enough to stay in the hospital through two midnights, then it says the patient should generally be admitted as an inpatient.

Yet observation claims have increased by about 70% since 2008, to more than 2 million in 2017. Claims for observation care patients who stay in the hospital for longer than 48 hours — who likely would qualify for nursing home coverage had they been admitted —rose by nearly 159%, according to data Kaiser Health News obtained from CMS. Yet the overall growth in traditional Medicare enrollment was just under 9%.

Justice Department lawyers handling the case declined to be interviewed, but in court filings they argue that the lawsuit accuses the wrong culprit.

The government can’t be blamed, the lawyers said, because the “two-midnight” rule gives hospitals and doctors — not the government — the final word on whether a patient should be admitted.

The government’s lawyers argue that since Medicare “has not established any fixed or objective criteria for inpatient admission,” any decision to admit a patient is not “fairly traceable” to the government.

Like Gordon, some doctors also complain about observation care rules. An American Medical Association spokesman, who spoke on condition of not being named, said the “two-midnight” policy “is challenging and illogical” and should be rescinded. “CMS should instead rely on physicians’ clinical judgment to determine a patient’s inpatient or outpatient status,” he added.

HHS’ Office of Inspector General urged CMS to count observation care days toward the three-day minimum needed for nursing home coverage. It’s No. 1 on a list issued last month of the 25 most important inspector general’s recommendations the agency has failed to implement.

The Medicare Payment Advisory Commission, which counsels Congress, has made a similar suggestion.

However, Colin Milligan, a spokesman for the American Hospital Association, is more positive about the “two-midnight” rule. It “recognizes the important role of physician judgment,” he said.

Medicare isn’t dictating what physicians must do, said a physician who has researched the effects of observation care. “It’s a benchmark upon which to base your decisions, not a standard or a mandate,” said Dr. Michael Ross, a professor of emergency medicine at Emory University School of Medicine in Atlanta. He supervises observation care units at Emory’s five hospitals and was chairman of a CMS advisory subcommittee on observation care.

Other physicians claim that since HHS pays hospitals and doctors to treat Medicare patients, the agency’s policies weigh on their decisions.

“One of the hardest things to do is to get physicians to predict what will happen with patients — we like to hedge our bets and account for all possibilities,” said Dr. Tipu Puri, a physician adviser and medical director at the University of Chicago’s medical center. “But we’re being forced to interpret the rules and read between the lines.”

In the meantime, observation care patients who get follow-up care at a nursing home may soon receive a puzzling notice. A Medicare fact sheet issued last month “strongly encourages” nursing home operators to give an “advance beneficiary notice of non-coverage” to patients who arrive without the required prior three-day hospital admission.

But that notice says they can choose to seek reimbursement by submitting an appeal to Medicare — an option government lawyers will argue in court is impossible.