Paul Siperke is the co-owner of Fat Head’s, a popular brew pub in Cleveland. He has fewer than 50 full-time employees, so he’s classified under the Affordable Care Act as a small business. 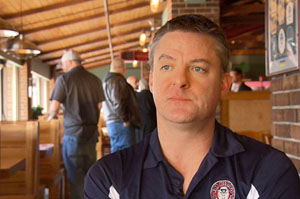 Paul Siperke, co-owner of a Cleveland brewery, plans to keep providing health insurance to his employees. But he’s irked by the continual price fluctuations in the group’s policy — this year caused partly by the Affordable Care Act (Photo by Milan Jovanovic/Ideastream).

He doesn’t have to provide health insurance to his employees, but that’s what he’s been doing since the bar opened in 2009, despite some pretty dramatic volatility in rates.

This year, under the Affordable Care Act, he saw another hike — this one about 20 percent.

“It just seems odd that we get such a drastic price increase when nothing has really changed with us as far as our employees and health issues,” he says.

Most of the workers at Fat Head’s are in their 20s and 30s. They are healthy, enthusiastic about their jobs and grateful for health coverage.

Until now, if employees were healthy and claims were few (as they are at Fat Head’s), the company’s cost of insuring those employees was relatively low. But, for a small business, if even one employee was in a car accident or was diagnosed with cancer, the amount the insurance company charged the firm to cover those employees could skyrocket the next year. The insurance industry called this “experience rating,” and it is changing under the health law, says Steve Millard, who heads a small business association in Cleveland. 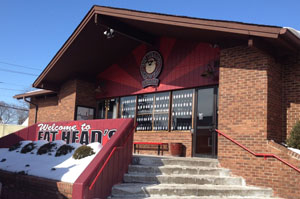 “If you’re a really healthy company and have a really good rate relative to everybody else today, you’re probably going to pay a lot more for insurance [going forward],” he says, but, “on the flip side, if you have chronic conditions and difficulties, and an older workforce and are paying a lot more, you’ll probably see some benefit in health care reform.”

This means more businesses will see their insurance costs go up than down, at least in the short term. The Council of Smaller Enterprises, the regional support group for small businesses that Miller heads, estimates about 20 percent of smaller companies in northeast Ohio are seeing some sort of price relief this year. The other 80 percent are getting price hikes.

Northeast Ohio is a microcosm of what is happening nationally. In February, a federal report commissioned by Congress projected that about two-thirds of small businesses across the country will see the costs of their employee health plans rise.

“The initial sticker shock that’s occurring this year or next year, or the following year when plans finally have to come into ACA compliance — that’s what I’m really worried about,” says Kevin Kuhlman , the manager for legislative affairs at the National Federation of Independent Business. “I’m worried that small business owners will not be able to continue offering policies because the costs are too high.”

How The Health Law Affects Business

We’re in a transition period, says Jonathan Gruber, a health economist at MIT. It will sting at first, he says, but, “once we’re in this system, we’re not going to see that year-to-year variability we’ve seen traditionally. We’re not going to see these huge swings year to year – one of your employees gets sick and all of a sudden your rates double. That goes away now.

“The main thing,” Gruber says, “is we’re moving to a system that is going to be much more stable.”

“I always thought that health reform was needed of some type,” he says. “It just seems like … they botched it.”

Still, Siperke says he’s committed to providing health insurance to his workers – and, so far, the increase is a financial hit he can handle.

This story is part of a reporting partnership that includes NPR, Ideastream and Kaiser Health News.