One of the key consumer benefits of the federal stimulus package – subsidies to help laid-off workers continue their health care coverage – drew to a close Wednesday, raising concerns about how the unemployed will cover those expenses. 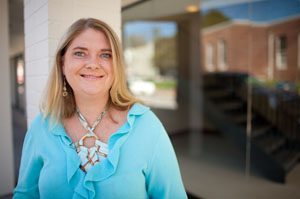 Holly Jespersen stands outside her office in Westport, Conn., Tuesday. Jespersen was laid off twice in two years, and took COBRA to continue her health insurance coverage both times, though it was more expensive the second time because of an expired subsidy (Photo by Don Hamerman for KHN).

It’s a dilemma that Holly Jespersen knows first-hand. She lost her job twice in the past two years — both times losing her employer-paid health insurance. But the second time, she paid about $350 a month more for insurance because she didn’t qualify for the subsidy. “It made a huge difference for me,” said Jespersen, 36, of Darien, Conn. “I wish I still had it.”

Jespersen was one of millions of laid-off workers to benefit from the federal subsidies for COBRA, a program set up under federal law that allows people who lose their jobs to keep the employer-provided insurance, typically for 18 months, if they pay the entire premium plus a small percentage for an administrative fee.

In February 2009, at the height of the economic downturn, Congress first approved a 65 percent subsidy for COBRA premiums to help those who had been laid off starting in September 2008.

Congress extended the COBRA subsidy three times to cover workers who lost their jobs through May 2010, but lawmakers last year resisted another extension amid rising concerns about the federal deficit. The subsidy lasted for up to 15 months so it expired Wednesday. (There is one exception, a Labor Department spokesman said. If workers laid off before May 31, 2010 were allowed by their employers to continue to receive their work-sponsored health coverage, their subsidy eligibility would begin when the company-paid insurance ended and could extend beyond Wednesday.)

Joe Antos, a health policy expert with the American Enterprise Institute, said the subsidies were not extended because policymakers needed to curtail spending. “Is it related to Republicans’ and Democrats’ interest in getting control of the deficit? Absolutely,” he said. 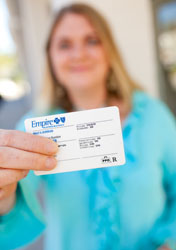 Consumer advocates this week lamented the end of the subsidy, saying it will add to the burdens of people losing work.

“COBRA is a critically important benefit for people who lose their jobs,” said Ron Pollack, executive director of Families USA. “Unfortunately, it is a benefit that is unaffordable for the overwhelming majority of laid-off workers — and that’s why the end of COBRA subsidies will make continued health coverage impossible for their families.”

Anthony Wright, executive director of Health Access California, a consumer group based in Sacramento, Calif., said the end of the COBRA subsidy means some families will lose coverage and join the ranks of the uninsured.

“The best-case scenario is that families who are already struggling and between jobs will have to pay more to stay insured, leaving less money for the other necessities of life,” he said.

Wright noted the subsidy ends more than two years before key benefits of the federal health law take effect in 2014. The law will prohibit insurers from denying coverage to people with pre-existing conditions and charging consumers higher premiums based on their health status.

In 2014, more than 30 million Americans will begin to gain coverage as a result of expansion of Medicaid, the state-federal insurance program for the poor and disabled, and subsidized coverage through new health insurance exchanges, or online marketplaces.

“It’s a shame that the COBRA subsidy couldn’t have lasted a little longer, as a true bridge to the exchanges under health reform,” Wright said. “Now, many families will become uninsured, and we’ll have to find them again in a few short years.”

When originally passed, the bill made $25 billion available for the subsidies and analysts estimated the program would aid more than 7 million laid-off employees and dependents nationwide.

Studies vary on just how many people were helped. Hewitt, an employee benefits consulting firm, reported in 2009 that COBRA enrollments had doubled, from 19 percent of eligible individuals to nearly 40 percent. In contrast, Ceridian, which administers the COBRA benefit for many employers, found that COBRA enrollment increased from 12.4 percent to 17.7 percent.

The Treasury Department last year reported that up to a third of eligible unemployed workers took advantage of the subsidy—helping as many as 2 million households at a cost of $2 billion in 2009. But the nonpartisan Employee Benefit Research Institute questioned that figure, suggesting it was likely inflated because employers may have counted the same worker twice.

What is not disputed is that the COBRA subsidy made a big difference in the price of coverage. The average price for family coverage is about $1,137 a month, according to the Kaiser Family Foundation. With the subsidy, COBRA coverage costs an average of $398.

When Jespersen lost her public relations job in August 2009, she paid $300 a month to get coverage through COBRA. But when she was laid off a year later and ineligible for the subsidy, the cost jumped to more than $650 a month.

Paul Fronstin, director of EBRI’s Health Research and Education Program, said the end of the subsidy is a “big deal” to those it benefitted. But the financial assistance was never meant to be a permanent solution. “This was a temporary help,” he said, noting COBRA typically lasts only 18 months.

Randall Bovbjerg, senior fellow at the nonpartisan Urban Institute, said the subsidy did nothing to help many of the the uninsured struggling with cost of coverage. “It only helped those who had job-based coverage,” Bovbjerg said. “But for them it was a real godsend.”