When Cindy Hunter received her Medicare card in the mail last spring, she said she “didn’t know a lot about Medicare.” She and her husband, retired teachers who live in a Philadelphia suburb, decided she didn’t need it because she shared his retiree health insurance, which covered her treatment for ovarian cancer.

“We were so thankful we had good insurance,” she said. So she sent back the card, telling officials she would keep Medicare Part A, which is free for most older or disabled Americans and covers hospitalization, some nursing home stays and home health care. But she turned down Part B, which covers doctor visits and other outpatient care and comes with a monthly premium charge. A new Medicare card arrived that says she only has Part A.

When Stan Withers left a job at a medical device company to become vice president of a small start-up near Sacramento, Calif., he took his health insurance with him. Under a federal law known as COBRA, he paid the full cost to continue his coverage from his previous employer. A few years earlier, when he turned 65, he signed up for Medicare’s Part A. With the addition of a COBRA plan, he thought he didn’t need Medicare Part B.

Hunter and Withers now know they were wrong and are stuck with medical bills their insurance won’t cover. Hunter called it “an honest mistake” and said there was nothing in the written materials she and her husband received indicating that if they had Medicare Part A, his retiree coverage could not replace Medicare Part B. Withers had no idea he made a bad choice.

Thousands of seniors unwittingly make similar mistakes every year, believing that because they have some type of health insurance, they don’t have to worry about signing up for Medicare Part B. Generally, insurance other than that provided by a current employer will not exempt them from Medicare’s strict enrollment requirements. Seniors’ advocates and some members of Congress want to fix the problem, backed by a broad, unlikely group of unions, health insurers, patient organizations, health care providers and even eight former Medicare administrators.

Medicare’s Part B enrollment rules haven’t changed since the program was created in 1965. Seniors can enroll only when they first become eligible — usually three months before and after the month they turn 65 — or when their job-based insurance ends. If they miss this opportunity, they have to wait until the months of January through March to enroll and then coverage only begins July 1. Most won’t be allowed to buy any other health insurance policy during that time.

And if they delay signing up for 12 or more months after becoming eligible, many will be hit with a permanent penalty added to their Part B monthly premium. In 2014, about 750,000 beneficiaries paid late penalties, raising their Part B premiums an average of 29 percent, according to the Congressional Research Service.

“The rules have not changed, but our lives have,” said Joe Baker, president of the Medicare Rights Center, an advocacy group that is leading the effort to update the enrollment process. When Medicare began, the government wanted seniors, especially younger and healthier people, to sign up quickly and so the deadlines and late penalties were incentives to get them in the program.

But these days more seniors work past the Medicare eligibility age, get health insurance through their employer or their spouse’s, or have coverage through the health insurance marketplaces, Baker said. The problem isn’t that people are going without insurance. “The confusion that we really see is with how Medicare interacts with other insurance coverage,” he said. 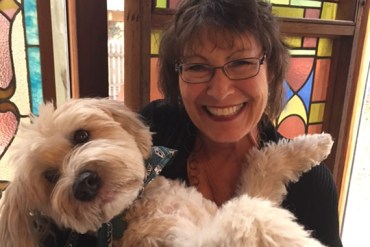 Cindy Hunter, who is battling ovarian cancer, says she mistakenly thought she didn’t need to enroll in Medicare because her husband’s retiree insurance would cover her. (Steph Brecht/Courtesy of Cindy Hunter)

Hunter, 62, became eligible for Medicare earlier than 65 because she gets Social Security disability benefits. She’s receiving two chemotherapy drugs to control a second reoccurrence of ovarian cancer. This fall her oncologist’s office told her there’s “something going on with your insurance,” she recalled. After many calls to her husband’s retiree plan, Social Security, Medicare and even her congressman, she learned that her insurance would only pay a share of the bills for her cancer treatment after deducting the amount the insurer said was Medicare’s responsibility. “But Medicare isn’t paying because I don’t have Part B,” she said. So Hunter is probably responsible for that portion.

Withers thought the health plan he purchased through his old employer would count as job-based coverage, but COBRA is not a substitute for Medicare Part B, a point no one mentioned when he submitted his paperwork. He should have signed up for Part B when he left his previous job.

“How could there be a rule that no one knows about?” Withers asked.

In addition, the private plan has refused to pay thousands of dollars in medical bills because the company argued that he should have had Part B and those are Medicare’s responsibility.

Confusion over COBRA is just one of many reasons that people miss their opportunity to enroll in Part B. Others think, incorrectly, that getting Veterans Health Administration benefits, job-based health insurance from a company with less than 20 workers, retiree coverage from a former employer, or coverage from the health law’s insurance marketplace exempts them from Part B’s lifetime late penalties and waiting periods with no insurance.

To help seniors avoid such mistakes, bipartisan legislation has been introduced in both the House and Senate that would allow people who miss their initial Part B enrollment deadline to sign up in the fall, when millions of seniors already in Medicare are choosing private drug or medical policies. Part B coverage would begin the month after they enroll, said Stacy Sanders, federal policy director at the Medicare Rights Center. It would also allow most people who enroll late to apply for retroactive coverage to their initial eligibility date and request a waiver of the late penalties if they can prove they were misled by an employer, health plan, insurance broker or state official (currently, an exemption may be based only on misinformation from a federal government representative).

Seniors “shouldn’t face penalties or gaps in their Part B coverage simply due to bureaucratic snafu,” said Rep. Patrick Meehan, R-Pa., who co-sponsored the House bill. “I’ve had seniors contact my office and say they simply had no idea of existing deadlines — or that they faced penalties down the road for missing them.”

The legislation also would require Medicare officials to notify all Americans prior to their 65th birthday about signing up for Medicare. Currently, the federal government and some states notify only those 64-year-olds who have health insurance though the Affordable Care Act’s marketplaces.

Although the bill appears unlikely to see action before the end of the current congressional session, Meehan said he will reintroduce it in 2017.

Getting an official government notice before turning 65 explaining when to sign up for Part B would “absolutely” help, said Withers. “There should be something that tells people what they need to do.”