Karen Davis, the president of The Commonwealth Fund since 1995, announced today that she plans to leave her post at the health care foundation by the end of  2012. “It’s a decision I feel really good about,” she said. “I’ve been at the fund for 20 years … and I feel like I made the contributions to the fund that I came to do.” 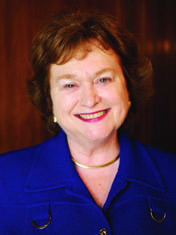 During her tenure at the foundation, Davis was responsible for identifying and studying health delivery system innovations and helping move them forward. She also advanced the creation of databases that compare the U.S. health care system with international, national, state and local scorecards through WhyNotTheBest.org. Just last week the Commonwealth Fund released a state-by-state comparison of rising health insurance premiums.

“When I look back over that period of time, to me it’s been a very historic period in health care, and the Commonwealth Fund was the perfect vantage from which to try to make a difference,” she said.

During the past 16 years, Davis, who earlier served as the first female administrator of the Health Resources Administration, is credited with increasing The Commonwealth Fund’s endowment from $365 million to $653 million. James R. Tallon, the chair of the Commonwealth Fund Board of Directors, said Davis is a “distinguished health policy researcher, university department chair, and federal health agency executive, [who] positioned The Commonwealth Fund to make a major contribution to the recent health care reform debate and to the implementation of those reforms.”

Leaving the foundation in the midst of the health law’s implementation is a concern for Davis, who says she is still contemplating her next steps.  “Certainly I plan to stay involved. Whether I do that from a government post or an academic post or [by] serving on commissions that are really trying to move the health system towards high performance care — the problems are certainly not going to be over,” she said.

Commonwealth Fund President Stepping Down In 2012