As lawmakers face another deadline this week for passing legislation to keep the federal government open, one of the outstanding issues is long-term funding for a key health care safety-net program.

The Community Health Center program serves 27 million people at almost 10,000 nonprofit clinics nationwide, almost all of which are in low-income rural and urban areas.

Congress has allocated $3.6 billion annually to the health centers in recent years. That represents about 20 percent of the centers’ budgets—much of the rest comes in reimbursements for services. The money, say health center advocates and directors, is critical to providing services not always covered by Medicare, Medicaid and private insurance, including mental health and substance abuse care, transportation and in-home visits.

Congress was expected to renew long-term funding for the centers on Jan. 22 when lawmakers funded, for six years, the Children’s Health Insurance Program. One in 10 kids covered under CHIP gets most of their care at a community health center.

But that agreement didn’t deal with the centers. Although federal money for the centers ran out on Oct. 1, a previous budget patch provided temporary funds through March 31.

“We are caught up in Washington’s political dysfunction,” said Carmela Castellano-Garcia, CEO of the California Primary Care Association. “These centers are a lifeline for millions of people, especially in rural areas where they may be the only health care provider for miles around.”

She said the budget impasse has already forced many centers in the state to freeze hiring, put off service expansions and tap financial reserves.

Nationwide, 20 percent of health centers have instituted a hiring freeze already, and 4 percent have laid off staff. Another 53 percent said they might lay off staff if federal funding is not forthcoming, according to a survey of community health centers by George Washington University and Kaiser Family Foundation researchers released last week. (Kaiser Health News is an editorially independent program of the foundation.)

The reasons for Congress’ delayed action on funding is not altogether clear.

“We don’t really know why,” said Dan Hawkins, senior vice president of the National Association of Community Health Centers in Bethesda, Md. “But this has gone on long enough. Centers nationwide are feeling the pain. They need stable funding to plan and operate effectively.”

Hawkins and health policy experts speculate that the impasse is due to disagreements over both the level of funding and the number of years of funding. Democrats are reportedly pushing for five to six years, but Republicans may favor a shorter period.

Republicans are seeking reductions in other areas of the federal budget to offset health center spending. That requirement was not imposed in the past.

Staffers in the offices of Sens. Debbie Stabenow (D-Mich.) and Roy Blunt (R-Mo.), who are leading talks over health center funding, said negotiations are active and there’s agreement among members of both parties that the issue needs to be resolved as soon as possible.

California has the nation’s largest network of health centers. More than 1,300 centers care for 1 of every 6 Californians — 6.5 million people. Half are enrolled in Medi-Cal, California’s Medicaid program.

“We planned to open an additional clinic this year, but we’re in a waiting mode now,” said Dave Jones, CEO of Mountain Valleys Health Centers, which operates six community clinics near the town of Redding in Northern California. The centers serve around 10,000 people each year.

Jones said they probably would have to close one of six sites if Congress reduces funding.

“The way this has gone has not been helpful at all, to say the least,” Jones said.

Anderson Valley Health Center in Boonville, Calif., faces much the same predicament. The small center treats 2,800 patients a year, 45 percent of whom are low-income farm workers.

“We planned to renovate our building this year, but we’re holding off to see what happens,” said Chloë Guazzone-Rugebregt, the center’s executive director. 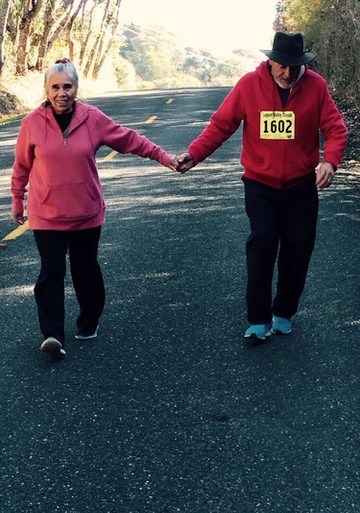 Maria Soto, 72, her husband, Efren, 77, along with their six adult children and 13 grandchildren all get care at Anderson. The elder Sotos, both now retired, have Medicare. The rest of the family has private insurance or are enrolled in Medi-Cal.

“The clinic plays a very big role in our lives,” Maria Soto said. “We rely on it for all our regular care. I have no idea where we would go if it had to close down.”

Across the country, Charles Allbaugh and Paula Tomko, who run Central Virginia Health Services, said they, too, have held off on hiring staff and expanding services at their network of 16 clinics serving 43,000 Virginians, pending the outcome of the funding debate.

“Congress is playing political football with us,” said Tomko. “It’s not the way things should run.”

Jean Grutzius agreed. Her 97-year-old mother’s care is provided by one of Tomko’s clinics, near the small town of Bumpass, Va.

“Without the clinic, we’d be in real trouble,” Grutzius said. Her mother, Eleanor Ciombor, is blind and deaf, in a wheelchair, and takes multiple medicines, including for a psychiatric condition. Ciombor, who lives with her daughter, is enrolled in both Medicare and Medicaid. Her only income is $900 a month from Social Security.

“She gets great care [at the clinic,] and it costs us little,” said Grutzius, who is 75 and also living on a fixed income. “I would not be able to pay for it otherwise. I am praying the center gets the funding they need.”

Health centers were also active in signing up people for the ACA’s insurance marketplaces and for Medicaid in the states that expanded that program under the ACA.

Yet, despite growing partisan acrimony over the ACA, lawmakers voted overwhelmingly — and in bipartisan agreement — in 2015 to extend health center funding at the $3.6 billion-a-year level for two additional years.

“This is federal dollars very well spent, and $3.6 billion is hardly a big federal expenditure,” said Peter Shin, an associate professor of health policy and management at George Washington University in Washington, D.C.   “In fact, there’s a strong argument for why they should get more money.”

Shin said research shows the centers save the federal government money in the long run. They do this by providing routine primary, preventive and prenatal care that keeps people out of the hospital and prevents costly emergency room visits.

By one estimate, he said, health centers save the federal government almost $25 billion annually in deterred costs for Medicare and Medicaid enrollees.