If you’re uninsured, you may have run out of time. Yesterday was the formal deadline to sign up for health insurance on the marketplaces or face a penalty, unless you were already “in-line” for enrollment. Still, people who missed the cutoff or couldn’t buy insurance have options to get the health care services they need. But doing so may not be simple or assured. 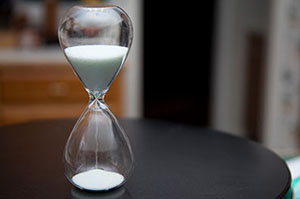 At the end of February, the percentage of uninsured people was 15.9 percent for the year to date, on track to decline for the third consecutive quarter, according to a Gallup survey of more than 28,000 people released last month.

How low the uninsurance rate might go this year remains to be seen. Last week, the administration announced that people who hadn’t completed the enrollment process on the federally run marketplace by March 31 could get extra time to finish the process. Some states have offered similar extensions. But extensions may not matter to some people. As of mid-March, 50 percent of the uninsured said they didn’t plan to buy insurance, according to the Kaiser Family Foundation’s March tracking poll (KHN is an editorially independent program of the foundation.) The survey, conducted while open enrollment was in full swing, also found that six in 10 of the uninsured didn’t know the deadline to buy a plan was approaching.

At Alexandria Neighborhood Health Services, a community health center with 11 sites in Northern Virginia, seven enrollment counselors have been working to get people signed up for coverage, with mixed results.

“Some people looked at the premiums and said, ‘I can’t afford this,’” says Martha Wooten, executive director. “That’s a choice each individual has to make. The least expensive of those plans come with very high deductibles or copays.”

People who did not buy a plan — because they didn’t want it, couldn’t afford it or for other reasons — can look to the network of 9,300 community health center sites that last year served 22 million people. The centers are slated to receive more than $9 billion in funding under the health law through 2015 to enable them to expand to meet the needs of the newly insured who may not have a regular doctor, and of medically underserved patients, including the uninsured.

The centers, which typically provide primary care and family planning services, as well as dental and behavioral health care, are available to anyone but provide a very economical option for low-income people who are uninsured. People with incomes up to 200 percent of the federal poverty level ($23,340 for an individual in 2014) pay for services based on a sliding scale; above that level patients pay the full cost, including doctor visits, lab work, imaging and pharmacy costs.

Depending on the center and the type of care someone needs, there may be a waiting list, however.

“If you’re just calling to establish care and have minor problems, it can be a several-week wait,”  says Wooten. Someone who’s been recently discharged from a hospital and has more serious needs would likely be seen much more quickly, she says.

Community health centers don’t provide specialists or hospital care, however. “Clinicians have to beg and cajole their colleagues” outside the centers to see uninsured patients, says Dan Hawkins, policy director at the National Association of Community Health Centers.

Organizations like the Patient Advocate Foundation will continue to work with uninsured patients with chronic and life-threatening illnesses to get the care they need. But their services have limits.

“We can’t help people with accidents or injuries,” says Erin Moaratty, an official at the foundation.

The health law requires most health plans to provide a range of preventive women’s health services, including contraceptives, at no charge to patients. But those services are free only to people who have insurance.

Planned Parenthood and other women’s health clinics will continue to provide reduced-cost reproductive health services for uninsured people, among others, and some lower income women will qualify for Medicaid family planning services, says Adam Sonfield, senior public policy associate at the Guttmacher Institute, a reproductive health research and policy organization.

“It fills a gap, but it’s not nearly as good as having insurance,” says Sonfield.

Indeed, the best strategy for those who would rather not be uninsured after the end of open enrollment may be to try to get insurance even after the regular sign-up period has ended, say experts.

Twenty-five states and the District of Columbia have expanded Medicaid to adults with incomes up to 138 percent of the federal poverty level ($16,104 in 2014). Although there’s been a big push to get people signed up for Medicaid during open enrollment, people can join that program anytime during the year. There’s no enrollment deadline. As always, women who get pregnant and meet income and other guidelines are eligible for Medicaid as well.

The Obama administration has said that people who enrolled or were trying to enroll by yesterday but got caught up in technical, bureaucratic or other problems will extra have time to get coverage. In addition, the health law also has special enrollment periods that allow people to sign up for or change coverage on the marketplace when their life circumstances change. “If people marry or move permanently or have a child, they might have another enrollment opportunity,” says Cheryl Fish-Parcham, private insurance program director at Families USA, a consumer advocacy group.

Cost and Quality The Health Law Uninsured Insuring Your Health

Community Health Centers May Provide Services For Those Who Remain Uninsured