But it took a big hit Tuesday when a Palm Beach County, Fla. jury returned an $8.5 million malpractice verdict against the company, which has nearly 800 affiliated physicians in 41 states. It was the first malpractice verdict against MDVIP, and is believed to be the first against any concierge management firm. The companies offer such perks as same-day appointments and more personalized care with contracted doctors in return for a retainer.

The jury found MDVIP was liable for the negligence of one of its physicians, who was sued for misdiagnosing the cause of a patient’s leg pain, leading to its amputation. The jury also found the firm had falsely advertised its exceptional doctors and patient care.

Industry experts say the ruling is significant because it shows concierge companies can be held liable for the care provided by their contracted doctors. The companies typically argue they do not actually provide care but merely act as brokers between doctors and patients.

“This pierces that veil…and shows these companies have a legal risk that everyone assumed did not exist,” said Tom Blue, chief strategy officer of the American Academy of Private Physicians, a trade group of concierge doctors.

MDVIP argued it was not responsible for the actions of a physician with whom it had contracted. MDVIP physicians are not directly employed by the company; the physicians pay the firm a per-patient fee for services such as marketing, branding, and other support.

The doctor, Charles Metzger Jr., settled with the plaintiff’s family before the trial. 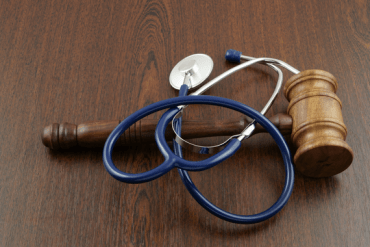 MDVIP representatives declined to be interviewed, but they indicated they would appeal the verdict. In a statement, the company said it and Metzger acted appropriately.

Karen Terry, one of the plaintiff’s attorneys, said the verdict will push MDVIP and similar companies to scrutinize doctors more carefully before they affiliate with them because they may be liable for the doctors’ actions.

Such companies will also be more cautious about advertising that they offer better care. “You can’t make promises you can’t keep,” Terry said. “This verdict is going to have a huge impact on MDVIP.”

Harry Nelson, a Los Angeles health care attorney, agreed the verdict will change how companies market their doctors.  “A lot of people will be taking notice of this verdict…It’s a shocking decision,” he said. “The result of this decision is going to be more caution from the concierge medicine companies in terms of their claims of providing superior care.”

But Roberta Greenspan, founder of Specialdocs Consultants, a concierge medicine consulting firm in Chicago, was skeptical of the decision’s significance.

“This singular verdict will not have a major long-term effect on the industry,” she said. “The industry has evolved from a fad years ago to one that has gained tremendous respect.”

An estimated 6,000 doctors nationally have moved to concierge-style practices in the past 15 years, with the figure doubling just in the past five, according to the concierge trade group. Patients who see concierge doctors typically pay an annual fee, in addition to their insurance coverage, in return for gaining easier access to doctors and more personalized care.

The lawsuit against MDVIP was brought by the widower of the late Joan Beber of Boca Raton, who had sought medical attention for leg pain. Despite what plaintiff’s lawyers described as the progressive worsening of her condition, she was repeatedly misdiagnosed by Metzger and other MDVIP-affiliated staff. She was referred to orthopedists who they contended did not get her medical records or learn of her worsening symptoms.  The information, they argued, might have led to the discovery of a serious circulation problem that eventually required above-the-knee amputation of her leg.

Beber died of leukemia four years after her leg was amputated in 2008.

Dr. Matthew Priddy, president of the concierge trade group, said the verdict will “give national companies pause if they are on the hook” for their physicians’ care.

Still, Priddy said the industry’s track record is good. While concierge physicians are not immune from malpractice suits, they are less likely to face them because they spend more time with patients than most doctors, he said. They typically limit their patients to a few hundred a year – 600 is the limit for MDVIP doctors — compared to a few thousand for an average practice. They are able to do that because the retainer fees make up for lost revenue.