The U.S. Senate unanimously approved legislation Monday night requiring hospitals across the nation to tell Medicare patients when they receive observation care but have not been admitted to the hospital. It’s a distinction that’s easy to miss until patients are hit with big medical bills after a short stay.

The vote follows overwhelming approval in the U. S. House of Representatives in March. The legislation is expected to be signed into law by President Barack Obama, said its House sponsor, Texas Democratic Rep. Lloyd Doggett. 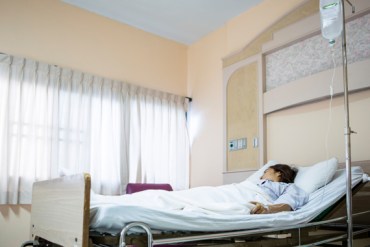 It’s called the NOTICE Act, short for “Notice of Observation Treatment and Implication for Care Eligibility.” The law would require hospitals to provide written notification to patients 24 hours after receiving observation care, explaining that they have not been admitted to the hospital, the reasons why, and the potential financial implications.

Those implications can be dire. Observation care hurts seniors in two ways: It keeps Medicare’s more comprehensive hospitalization coverage from kicking in, and it means they may not get Medicare’s limited nursing home benefit if they need care in a facility after being in a hospital.

To qualify for Medicare’s nursing home coverage, beneficiaries must first spend three consecutive midnights as an admitted patient in a hospital, and observation days don’t count.

Without that coverage, seniors could pay thousands of dollars for the nursing home care their doctor ordered, or else try to recover on their own. Observation care is a classification used when patients are not well enough to go home but not sick enough to be admitted.

And because observation care is provided on an outpatient basis, observation patients usually also have co-payments for doctors’ fees and each hospital service, and they have to pay whatever the hospital charges for any routine drugs the hospital provides that they take at home for chronic conditions such as diabetes or high cholesterol.

Hospitals will have to comply with the NOTICE Act 12 months after it becomes law.

A Medicare official declined to answer questions about the NOTICE Act because he said the agency does not comment on pending legislation. However, he said an online brochure from Medicare describing observation care advises patients to talk to their physicians or other health staff if they have questions about whether they have been admitted.

Just two months ago, Sean Cavanaugh, a deputy administrator at the Centers for Medicare & Medicaid Services, fielded a barrage of questions on the issue from members of the Senate Special Committee on Aging.

“There is an assumption if [patients] are being wheeled into a hospital bed,” and they are getting treatment, then they have been admitted, Sen. Claire McCaskill, a Missouri Democrat, told Cavanaugh. When Sen. Susan Collins, a Maine Republican, repeated McCaskill’s question asking if CMS would require notification, he said the federal government has been “pushing very hard” to encourage hospitals to educate patients about observation care. But he said it wasn’t clear that the agency could require hospitals to do more to inform patients.

“A new legislative requirement was the most direct way to address the problem,” Doggett said.

Meanwhile, the number of claims hospitals submitted for observation care continues to skyrocket. According to the most recently available data from CMS, total claims increased 91 percent since 2006, to 1.9 million in 2013. Long observation stays, lasting 48 hours or more, rose by 450 percent to 170,219 during the same period, according to a Kaiser Health News analysis.

In 2013, Medicare officials attempted to control the use of observation care by issuing the so-called “two-midnight rule,” which would require hospitals to admit patients who doctors expect to stay at least two midnights. But Congress delayed its enforcement after hospitals said the rule was confusing and arbitrary.

Although it’s better for patients to know when they are on observation status, Toby Edelman, a senior policy attorney at the Center for Medicare Advocacy, said they may not be able to do much about it. She said there is no set process for challenging observation care while in the hospital, unlike issues such as disputing a discharge order when admitted patients feel they are not ready to leave.

The only way to switch from observation to admitted status is to persuade a physician or the hospital to make the change, said Edelman. And that decision doesn’t apply to the time the patient has already spent on observation.

Challenging observation care after leaving the hospital can be frustrating since Medicare appeals judges may decide that a patient’s condition did not require inpatient-level care — even though they received care that could have been provided  nowhere else but a hospital.

Some hospital officials are worried that once patients find out that they are receiving observation care and have not been admitted, they may panic.

Marna Borgstrom, CEO and president of Yale-New Haven Hospital in Connecticut, told the Senate Special Committee on Aging last year she detected a small but alarming trend: When patients learned they were receiving observation care, they left the hospital against medical advice.

“I’m confident it would be an even greater number if more patients knew about the potential burden of being deemed an outpatient,” Borgstrom said.