A sweeping rules package the House approved at the start of the 114th Congress includes a provision that has set off a war of words about the future of Social Security and benefits for disabled workers.

To improve that balance, Congress would have to cut benefits, raise taxes, or find another way to put both the retirement and disability funds on firmer footing.  Lawmakers have in the past transferred funds from the retirement to the disability fund, and vice versa, nearly a dozen times. 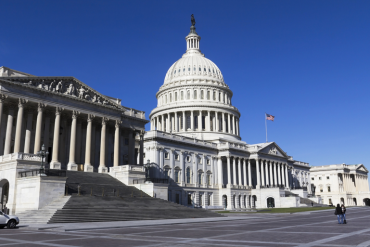 Proponents of the change say it is needed to strengthen both the underlying Social Security program and its disability fund. Advocates for the poor and disabled say the move could harm millions of the nation’s most vulnerable Americans by reducing the level of benefits they now receive.

What follows are some frequently asked questions about Social Security’s Disability Insurance, also known as SSDI.

A: This part of the Social Security program provides cash payments to workers when they are disabled and off-the-job as a result. According to the Social Security Administration, the number of work credits you need to qualify for disability benefits depends on your age when you become disabled. Generally, though, you need 40 credits, 20 of which were earned in the last 10 years, ending with the year before the disability. Younger workers may qualify with fewer credits.

Q: How many people receive it?

A: Nationwide, approximately 11 million Social Security disability beneficiaries receive about $12 billion in monthly benefits, acting Social Security Administration Commissioner Carolyn W. Colvin told aHouse Ways and Means subcommittee last year.  Due to a variety of demographic trends — including overall population growth, more women in the workforce, the aging of the Baby Boom generation and the increase in the full retirement age for Social Security — the number of disabled workers has tripled since 1980 and doubled since 1995, according to the Center on Budget and Policy Priorities.

The typical beneficiary is in his or her late 50s and has a severe mental, musculoskeletal or other debilitating impairment. Program payments also went to family members – 160,000 spouses and 1.9 million children, according to the center. Disability beneficiaries receive an average of about $14,000 a year in payments.

Q: How is the program financed and is it running out of money?

A: The entire Social Security Program – including the Disability Insurance Trust Fund — is funded through a 12.4% payroll tax assessed on the first $118,500  of income.  Employees are taxed 6.2% of their income, and employers match the employee taxes by paying the other 6.2%. Individuals who are self-employed are responsible for paying the entire 12.4%.

According to Kathy Ruffing, a senior fellow at the Center on Budget and Policy Priorities, reallocating some taxes between the retirement and disability trust funds is a historically noncontroversial measure that Congress has taken 11 times in both directions, depending on which fund was running short. “Another reallocation to replenish the DI trust fund wouldn’t threaten seniors, contrary to the [House measure’s] implicit attempt to put retirement and disability beneficiaries against each other,” Ruffing wrote.

Q: Why do some lawmakers want to stop funds being transferred between the two programs?

A: Proponents of the House rules change say it’s necessary to preserve both the core Social Security program and the disability program.

“Anyone who cares about finding a fair solution for both the catastrophically disabled who depend on SSDI and senior citizens who depend on Social Security knows that we must find a long-term solution which protects both of them rather than a short term band aid which threatens them both,” said Rep. Tom Reed, R-N.Y., who co-sponsored the rules change along with Rep. Sam Johnson, R-Texas.  In July, Johnson, who chairs the House Ways and Means Social Security Subcommittee, sponsored legislation to deal with fraud in the disability program, noting that “recent scandals in Puerto Rico, West Virginia, and New York have highlighted the DI program’s growing vulnerability to sophisticated fraud rings.”

Others say the House rules change could cause harm.. In an open letter to Congress, Max Richtman, president and chief executive officer of the National Committee to Preserve Social Security & Medicare, said the shift would “cut benefits for Americans who have worked hard all their lives, paid into Social Security, and rely on their Social Security benefits, including Disability Insurance, in order to survive.” In a Jan. 6 letter to House lawmakers, AARP opposed the House measure as well, writing that it “undermines Congress’s ability to fully consider all potential legislative solutions – particularly options successfully considered many times in the past.”

A:  Since this is a House rules change, it does not apply to the Senate. While a House member could raise a point of order against any reallocation, that could be defeated if enough members wanted to shift funds between the two accounts.

The House measure fuels the politically explosive debate over Social Security, especially ahead of the 2016 presidential election. “It really is a very strong message from the House Republican leadership that this is on their radar screen and that they do not want to transfer money from the old age program to the disability program unless there are some significant changes in the way the disability program is run. I think that’s the message here,” said Howard Gleckman, a senior fellow at the Urban Institute and editor of the TaxVox blog.

A:  Since this is a House rules change, it does not apply to the Senate. While a House member could raise a point of order against any reallocation, that could be defeated if enough members wanted to shift funds between the two accounts.

In a letter to Senate Majority Leader Mitch McConnell, R-Ky., seven Senate Democrats and one Independent asked the Senate leader not to pursue the House rules change, a move the Democrats said is “particularly audacious in the light of the fact that past reallocations have been commonplace and bipartisan.” While “an earnest debate” over how to improve the solvency of the Social Security Trust Funds is needed, they wrote, “Americans with disabilities who receive Social Security benefits [should be] held harmless as Congress debates that issue.”  Democrats who signed the letter include Ron Wyden of Oregon, the ranking member of the Senate Finance Committee, and several members of the Senate Democratic leadership team.

The House measure fuels the politically explosive debate over Social Security, especially ahead of the 2016 presidential election. “It really is a very strong message from the House Republican leadership that this is on their radar screen and that they do not want to transfer money from the old age program to the disability program unless there are some significant changes in the way the disability program is run. I think that’s the message here,” said Howard Gleckman, a senior fellow at the Urban Institute and editor of the TaxVox blog.