A bipartisan group of House and Senate legislators introduced bills last week that would require health plans to cover the growing number of oral chemotherapy pills as favorably as they do intravenous chemotherapy. But an insurance trade group says that as long as drugmakers continue to increase the prices of the oral drugs, parity legislation amounts to a “shell game” that will push up everyone’s premiums.

In recent years, states have passed oral chemotherapy parity laws at a steady clip. They’re on the books in 39 states and the District of Columbia, according to the American Cancer Society’s Cancer Action Network. 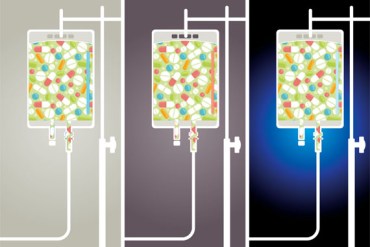 A federal law would ensure equal access across all states, says Anna Howard of the ACS Cancer Action Network.

Proponents also say the bill is needed to because private self-funded health plans that pay their employee claims directly generally don’t have to comply with state parity laws.

About a quarter of chemotherapy drugs in the pipeline are oral cancer medications, Howard says.

Similar bills that were introduced in the previous congressional session didn’t advance. It’s unclear that the current bills have any better chance.

Patients who receive intravenous chemotherapy typically pay a flat copayment (perhaps $50) for an outpatient visit. Oral chemotherapy pills are covered under a plan’s pharmacy benefit, however, where they’re often placed in higher cost tiers that may require coinsurance of 20 percent or more that for some drugs can run thousands of dollars.

Under the health law, consumers are limited in how much they can be required to pay out of pocket annually for care. (The only exception is for enrollees in plans that are grandfathered under the law.)  In 2015, those limits are $6,600 for individuals and $13,200 for family coverage.

Still, “many individuals don’t have an extra $6,600 in their bank account in order to get up to their out-of-pocket maximum,” Howard says.

The proposed bill would require plans to cover chemo pills on terms “no less favorable” than their coverage for IV chemotherapy drugs.

But with the price tag for some oral cancer drugs well into six figures for a course of treatment, consumer premiums are bound to rise if insurers have to absorb the lion’s share of a drug’s cost, says Clare Krusing, press secretary at America’s Health Insurance Plans, a trade group.

“This legislation would place an arbitrary limit on cost-sharing between medical and pharmacy benefits, forcing premiums to increase for all consumers as a result,” Krusing says.