HARTFORD, Conn. — In the nation’s insurance capital, the hunt to find uninsured people and get them enrolled in the state’s new online health insurance marketplace has already begun.

Officials working for Access Health CT, created under the federal health law, have collected names of more than 1,300 people needing coverage at recent town-hall meetings across the state. This spring and summer, they plan to use booths at festivals and street fairs to gather thousands more. Come fall, they’ll also pay community groups and small businesses, such as barbers and beauticians, in New Haven, Bridgeport and other cities with high uninsured rates to reach out to people and sign them up for coverage on the spot.

The marketplaces open nationwide Oct. 1 and are key to the health law’s expansion of coverage to millions of individuals and small businesses.  In Connecticut – one of 16 states slated to run its own marketplace, also called an exchange – the goal is to sign up 220,000 people by next March, or two-thirds of the state’s uninsured. That’s ambitious considering that only a third of the uninsured nationally are expected to enroll in the first year. 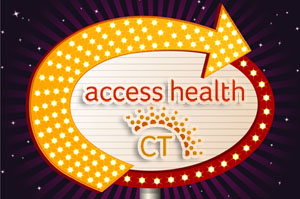 “We are on a mission to make history,” Access Health CEO Kevin Counihan said in an interview at his downtown office that looks out at UnitedHealthcare Center and the golden dome over Aetna’s corporate headquarters.

Looking around his headquarters, where 25 staffers work alongside employees from private contractors, including Deloitte Consulting and KPMG, he said, “It’s not Groundhog Day here.”

From 2006 to 2011, Counihan was chief marketing officer for the Massachusetts Health Insurance Connector Authority, which attracted national attention because it helped the Bay State achieve near universal health coverage and become the model for the federal health law. Massachusetts also won kudos for its marketing to the uninsured, which included advertising at Fenway Park during Red Sox games.

Those experiences prepared him for his current challenge, which Counihan describes as “the Connector on steroids.” He said the Connecticut exchange is a more ambitious start up because it must be a one-stop shop for both private coverage and Medicaid, and because of the federal law’s extensive insurance reforms.

As in Massachusetts, Counihan and Access Health have had to balance the sometimes conflicting interests of health insurers, hospitals, doctors and other providers, employers, insurance agents and consumer advocates. Ellen Andrews, executive director of the Connecticut Health Policy Project, a consumer group, predicts the private plans offered by Access Health will be too expensive for many people, even those with subsidies to defray the costs. At least half of the people buying policies in the marketplaces are projected to qualify for subsidies.

“We are concerned the standard plan is very expensive,” she said, citing the exchange board’s decision to use the state’s most popular small group plan as the basis for the benefits required of every policy sold in the exchange. Most state exchanges did the same thing to reduce disruption in the insurance market.

Health plans begin to submit their prices to the exchange next month for coverage that begins in January.

Andrews said Access Health’s decision not to negotiate rates with insurers initially — as Massachusetts does — will also result in higher prices.

Small business groups say they share that concern. “Relying on the carriers to be able to bring plans into the exchange with no structures to challenge price is just plain irresponsible,” said Kevin Galvin, chairman of Small Business for a Healthy Connecticut.

Exchange officials say they opted against negotiating with carriers initially because they did not want to dissuade any from participating, said Jason Madrak, chief marketing officer. Five insurers, including all the major carriers in the individual and small group markets, plan to participate.

Despite such criticisms, Connecticut has advantages over other state exchanges.

That’s because it started more than two years ago with more than $100 million in federal grants. And the state’s small size means it can more easily pinpoint outreach efforts. Most of the uninsured are in a handful of cities including Hartford, New Haven and Bridgeport, and the exchange knows which neighborhoods to find them in from Census reports. 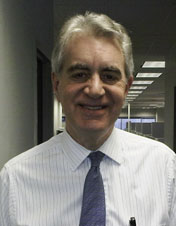 As the nation’s insurance capital, the state may have less of a challenge convincing people of the value of health coverage, Counihan said. Being the wealthiest state in terms of per capita income should also help.

While the exchange will advertise on television, newspapers and billboards, the focus will be on working with community health centers and other providers to identify the uninsured when they seek health care, Madrak said. The group will also work with local chambers of commerce to get the word out to small businesses. Nearly 10 percent of Connecticut residents are uninsured.

Part of Counihan’s job these days is managing expectations. “It won’t be perfect on Day One,” he said, recalling how the introduction of Medicare’s prescription drug benefit in 2005 ran into many snags although it was ultimately successful.

Counihan said the online exchange may have fewer features than originally envisioned – for instance, quality ratings of insurance plans — so it gets done on time. Though he has help from some of nation’s largest consulting firms as well as from his former boss at the Connector, Jon Kingsdale, he knows the buck stops with him.

“It’s a tough, lonely job,” said Counihan. “I’ve never had so much coming at me at the same time.”

He said an Obama administration official recently asked him what he could offer to help, and he replied, “’Give me another year.”

That was not an option.