With the release of federal health exchange regulations expected very soon, states are starting to feel pressure to make decisions about these online insurance marketplaces for consumers and small businesses that the 2010 health law mandates.

States can opt not to operate an exchange and the federal government will do it instead. But if they want their own exchange they must meet federal certification requirements by Jan. 1, 2013, and have their sites operating by the beginning of 2014 when most of the health law takes effect. 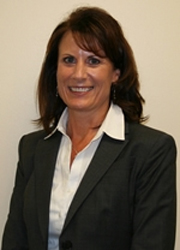 Utah has a head start. But will it meet the new federal rules?

The state, which had experimented with public programs to expand coverage to low-income adults, created its exchange in 2007 through state legislation signed by former Gov. John Huntsman, a Republican who is now seeking the party’s nomination for president.  The exchange was designed to insure small business employees, who make up the majority of Utah’s workers. It launched to a limited group in 2009, and then opened to all small employers at the start of this year. It now provides coverage for about 3,583 people working for 139 employer groups.

Utah’s exchange is one of only two operating in the country; Massachusetts has the other. Utah’s approach has been called the conservative “bookend” of the two because it favors a free-market in which multiple insurers compete with minimal intervention from the state. The state will now be watching to see how federal requirements will affect the model they already have in place.

KHN reporter Juan E. Gastelum recently spoke with Patty Conner, the director of the Utah Health Exchange, about building a successful exchange and adapting it to meet federal regulations. Here is an edited transcript of that conversation:

Q. The Utah Health Exchange has been called the conservative “bookend” of exchange options. What made this model a good one for Utah?

A. The problem that we identified was that our uninsured population was actually employed individuals, but they worked for small businesses. Most of our small business population was challenged in offering healthcare insurance to their employees, so we felt that was our number one priority. We built a market around that, and we refer to it as the “defined contribution” market.

In that defined contribution market we allowed more carriers to join the exchange rather than just have one choice through a small business option, allowing flexibility with the amount of money that an employer would contribute toward the health care plan, and then allowing consumers to actually take responsibility for picking their own plan. Whether it was a plan design, a carrier, or a price tag that drove their decision, they would have many options to choose from.

Q. Which states do you think would benefit from a similar model based on their characteristics and the current state of their healthcare systems?

A. Obviously, there are political and budget issues to consider, as well as who are their uninsured, and the health status of their population. I know that there are some states that have very high-risk populations, which is not the case in Utah. We actually have a pretty healthy population, and a much younger population.

Q. Have other states contacted you to ask for advice?

A. It happens all the time. Everyone is really interested in how they’re going to be in compliance by 2013 with the federal health law. And those states that are just coming to the table have an awful lot of work to do in a short period of time.

I think one of the key things we’ve shared is: Make sure you understand what your target market is and how you’re going to approach that. So, how do you reach them? Who do they normally communicate with? What are their value points so that you’re building your solution around that part of it? And then you definitely need to be able to look in a crystal ball and say, where do I need to get to and how can I get there in a phased approach? You can’t do everything overnight, and if you think you can put the whole system together in a matter of months, you’re not going to have a very viable, scalable solution.

A. We asked each of the insurance carriers to provide the benefit plan designs that were popular in the traditional market. We asked them to include their top four or five plans and then we wanted other plans that the insurance companies felt would also be good in the market. As a result, we ended up with a wide variety of plans on the exchange. So today I would tell you that if you look at it, we certainly will cover a lot of the essential benefits, and then some. Once the criteria is released from HHS, we’ll need to go back and evaluate our plans and make sure how we stack up against those requirements.

Q. When you do compare the Utah Health Exchange to the federal health law requirements, do you expect to have to make changes in order to comply?

A. We’ve already accomplished a lot that is required by the health law. If the law goes into effect and all the court cases have been heard, and we’re required to put those actions in place, we will certainly do that. We have moved through each phase of our process knowing that we would most likely have to do that. And a lot of what we want for Utah isn’t necessarily unlike what the federal requirements are, so we won’t likely have to unplug a lot of this.

Our next phase of the exchange that we’re working on is how we interface with our Medicaid and our public assistance program, and how we use data from the program to provide quality scores to the consumers. So we’ve got some projects under way right now that we hope to be rolling out within the next six to eight months.

And then the areas that we still have some definition requirement needs on are: What is the federal hub going to look like? What data are we going to be receiving or required to provide to that federal hub? And how are we going to connect?

A. If you look at where I’m at now, versus where I need to be in six months, it’s a pretty large jump in enrollment. We still feel confident that we can make that number. We think a majority of the groups will re-enroll.

In addition, we’ve been doing a significant amount of training to the broker community. We’ll be doing quite a bit of marketing to get the message out. So, we do hope to see a significant volume increase in the October – November timeframe for the Jan. 1 effective date.