Should doctors think about cost when they’re helping you make your health care decisions?

Yesterday on the main KHN site we had a round robin of experts talking about the American College of Physicians’ latest update of its ethics manual. The manual encourages doctors to be “parsimonious” in doling out health care — that is, if you see our handy definition, “having an extreme reluctance to spend money.” 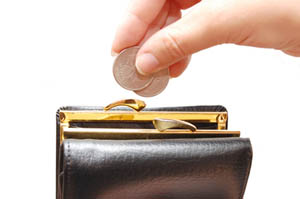 The term, which has actually been part of the ethics manual since 1998, has recently been the source of controversy. Some say docs shouldn’t consider cost when caring for patients and call the idea “rationing” — that minefield of a phrase — while others say doctors have an increasingly important role to help the U.S. control its health costs.

After we talked to experts for the round robin, I also sauntered around the Internet looking for blog posts on the subject. Here’s a sampling:

Aaron Carroll, at The Incidental Economist, in the second of two postings: “I think it’s fine for patients to see that some treatments may be a waste of money, and they might want to save that money. But I’m not sure that I think it’s as great an idea for doctors to consider “health care resources” in the same way. I’m just not as comfortable with that. At least, not when we’re talking “ethics.” Is a physician who advocates for a treatment that’s not cost-effective acting unethically? Again, I don’t think that’s what the ACP intended” (1/5).

Over at The Health Care Blog, Dr. Shilpa Iyer, in a crosspost from the Costs of Care blog, considers how programs might teach medical residents about costs, by using a game: “I am not sure if and how practice patterns will or should change, but perhaps knowledge of the systemic charges will better inform our counseling of patients, and consideration of their resources. And, I did pause before obtaining an unneeded gonorrhea/Chlamydia culture the day afterwards with my newfound knowledge” (1/3).

For the SHOTS blog, NPR’s Rob Stein talked to Dr. Scott Gottlieb, of the American Enterprise Institute: “For Gottlieb, a parsimonious approach to medicine ‘really implies that care should be withheld. There’s no definition of parsimonious that I know of that doesn’t imply some kind of negative connotation in terms of being stingy about how you allocate something'” (Stein, 1/3).

At his National Center For Policy Analysis blog, John Goodman opines: “Can you imagine a lawyer discussing the prospects of launching a lawsuit without bringing up the matter of cost? … Of course not. Then what is so special about medicine? Answer: the field has been completely corrupted by the idea that (a) patients should never be in a position to choose between health benefits and monetary cost, (b) doctors shouldn’t have to think about such tradeoffs either, (c) in order to insulate the patient from having to choose between health care and other uses of money, third-party payers should pay all the medical bills and (d) since no one else is going to think about what anything costs, the third-party payer is the only entity left to decide which services are worthwhile and which ones aren’t” (1/9).

At her ReformingHealth blog, Naomi Freundlich examines the delicate nature between the “virture or vice” of parsimony, in this cae: “In the pursuit of a cure or in an attempt to extend a child’s life a doctor might feel that his patient is the exception, one of the few who has a chance of responding to a treatment not considered cost-effective in most others. This hardly seems a breach of ethics. But I also can see the wider intent of the ACP authors who state very clearly in the same highlighted box:  “The physician’s first and primary duty is to the patient.” This is followed by, “Physicians must base their counsel on the interests of the individual patient, regardless of the insurance or medical care delivery setting.” Parsimony shouldn’t override a treatment decision that could benefit an individual patient. The real goal is to avoid wasteful, ineffective care that is not only costly, but likely to be harmful in the long run” (1/9).