Haven’t thought about the health care law for a while? Now’s the time.

Passed in 2010, the law requires most Americans to have health insurance or pay a fine.  While many Americans get health coverage through their employers, starting Nov. 15 consumers who currently have insurance through the federal or state online marketplaces, or exchanges, set up by the law can reenroll. In addition, people who still need health insurance can sign up. Subsidies are available to help many people afford coverage, and some states have expanded their Medicaid programs as part of the law.

Last year the federal website, healthcare.gov, as well as some state-run websites, experienced severe technical difficulties, frustrating consumers trying to sign up for the exchanges. Nonetheless, more than 7 million people bought insurance plans in the exchanges and about 8.7 million signed up for Medicaid and the Children’s Health Insurance Program, or CHIP. The Congressional Budget Office estimates that in 2015 exchange enrollment will grow to 13 million and the increase in Medicaid and CHIP enrollment will rise to 11 million, but the Department of Health and Human Services projects that exchange enrollment next year will be under 9.9 million.

Here’s what you need to know for the coming enrollment period.

I enrolled on the healthcare.gov last year. Do I have to do it again?

If you take no action and got your plan last year on the federal marketplace, officials have said you will be reenrolled in your current plan. But since some plans have changed and some new plans are coming on the market, they are encouraging people to go back on healthcare.gov to compare benefits and prices.

You should also update your income information to find out if you qualify for financial help to purchase coverage and to make sure you receive the correct amount. That’s because if your subsidy is too high, you’ll have to pay it back at tax time. 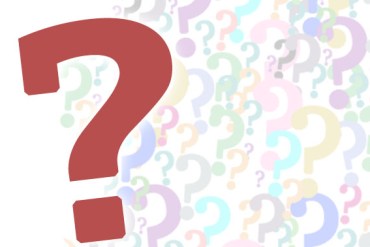 States running their own exchanges will make individual decisions about how they are handling automatic reenrollment.

Consumers will have just three months, until Feb. 15, to sign up for coverage, rather than the six months they had when the health law’s online marketplaces, or exchanges, began accepting applicants just over a year ago. If you want your coverage to renew or begin by Jan. 1, you’ll have to complete your application by Dec. 15.

Some plans that were available last year may not be offered for 2015 because the health insurer decided not to sell the policy again. Also, in some states, officials barred health plans that had been in effect before the health law but did not cover the law’s mandated benefits. In other states, federal rules allow these policies to continue through 2017.

Insurers have expressed concerns that if a consumer changes health plans, the federal website might not be able to notify their previous company and the consumer could get billed for both plans. Be sure to keep proof of payments in case you face this problem and watch your credit card or bank account credits to make sure you’re not being billed twice. A spokesman for the Centers for Medicare and Medicaid Services said the government is aware of the concerns and plans to give insurers lists of customers who have been automatically enrolled into a plan as well as consumers who chose to stay in the same plans. He said the government is also “examining options” on how to provide insurers the names of people who picked another plan during the enrollment period.

I want to buy health insurance but can’t afford it. What should I do?

Depending on your income, you might be eligible for Medicaid, the federal-state program for low-income people. Before the health law, in most states nonelderly adults without children didn’t qualify for Medicaid. But now, states have an option to let the federal government pay the cost of an expansion in the program so that anyone with an income at or lower than 138 percent of the federal poverty level, (about $16,105 for an individual or $32,913 for a family of four based on current guidelines) will be eligible for Medicaid. So far, 27 states and the District of Columbia have chosen to expand Medicaid.

What if I make too much money to qualify for Medicaid but still can’t afford to buy coverage?

You might be eligible for government subsidies to help you pay for private insurance sold in the insurance marketplaces.

The subsidies are pegged to the federal poverty level and are most generous for those who make the least amount of money. They also require individuals to spend a certain percentage of their income before the subsidies kick in.

I didn’t get health insurance in 2014. What is going to happen to me now?

When you file your income taxes for 2014, you’ll be asked whether you have health insurance. Unless you qualify for an exemption, if you don’t have coverage you’ll have to pay a penalty of $95 or 1 percent of your income, whichever is higher. That amount will increase in 2015 to the larger of $325 per person or 2 percent of income.

What if I have health problems?

Insurers are no longer allowed to deny you coverage or charge you more based on a pre-existing medical condition. The law also eliminated annual and lifetime caps on coverage of essential health benefits, which include prescription drugs and hospitalization.

I get health coverage at work and want to keep my current plan.  Can I do that?

If you qualify for employer-provided coverage, you can stay in that plan.  But, just as before the law was passed, your employer is not obligated to keep your current plan and may change premiums, deductibles, co-pays and network coverage. Insurers can also change the plans they offer, so your employer may not be able to purchase the same plan it did a year ago.

I own a business.  Will I have to buy health insurance for my workers?

No employer is required to provide insurance, but large employers who don’t could face penalties.

Starting next year, employers with 100 or more employees that provide insurance must do so for 70 percent of workers rather than 95 percent as the law previously required. They will have to cover 95 percent of workers starting in 2016. This requirement applies to full-time workers, which are defined as those who work at least 30 hours per week.

Starting in 2016 – a two-year delay from the previous date of 2014 – businesses with 50 to 99 employees that don’t provide health care coverage and have at least one full-time worker who receives subsidized coverage in the health insurance exchange will have to pay a fee of $2,000 per full-time employee. The firm’s first 30 workers would be excluded from the fee.

Firms with fewer than 50 people don’t face any penalties.

In addition, if you own a small business and purchase insurance through a health exchange, the health law offers a tax credit to help cover the cost. Employers with fewer than 25 full-time workers who earn an average yearly salary of $50,000 or less can qualify. Employers must pay at least 50 percent of the individual worker’s premium cost to get the credit. Small business owners can purchase coverage on the Small Business Health Options Program, also known as the SHOP exchange.

What other parts of the health law are now in place?

You are likely to be eligible for some preventive services, such as blood pressure screenings and cholesterol tests, with no out-of-pocket costs.

Health plans can’t cancel your coverage if you get sick – a practice known as “rescission” – unless you committed fraud when you applied for coverage.

Insurers have to provide rebates to consumers if the companies spend less than 80 to 85 percent of premium dollars on medical care. According to the Department of Health and Human Services, since 2011 consumers have saved $9 billion on their health insurance premiums due to the provision. The agency also said that nationwide consumers saved $330 million in 2013 in refunds, with 6.8 million consumers due to receive an average benefit of $80 per family.

And, yes, children up to age 26 can still stay on their parents’ insurance. This was one of the most popular provisions of the new law.

Some plans that were in place when the law was passed and have not changed significantly do not have to abide by certain parts of the law. For example, these “grandfathered” plans can still charge beneficiaries part of the cost of preventive services.

Most plans are expected to change over time and lose grandfathered status.

Consumer Guide On Health Law Enrollment: Is The Second Time The Charm?