When Sharon Smith chose an out-of-network specialist to perform a complicated jaw surgery on her teenage son last May, she knew it would cost her more. But she was not expecting a $15,000 difference. 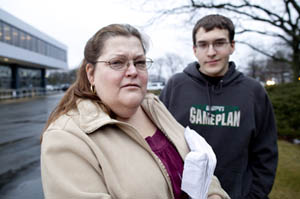 Consumers have long complained about the cost of going outside their health plan’s network, but Smith encountered a new twist: a growing number of insurers have changed the way they calculate reimbursements to shift more of the expense to patients.

Now, instead of paying a percentage of the “usual and customary” charges from physicians and other providers, insurers are basing reimbursements on a percentage of what Medicare pays, which can be much less.  “Every carrier is moving to this,” says Ken Sperling, global health care practice leader at the benefit consulting firm Aon Hewitt.

Many employers welcome the change as a way to slow rising premium increases, but some “employees are going to get stuck shouldering a significant portion of the bill because they don’t understand how it’s done,” Sperling says.

Consumers are responsible for the difference between what the out-of-network doctor charges and what their insurer pays. But few understand the basis on which plans reimburse, let alone the widely varying prices doctors and hospitals charge. As a result, they may be blindsided by big bills, says Lynn Quincy, senior health policy analyst at Consumers Union.

Insurers that use the Medicare-based method — including Oxford, a subsidiary of the nation’s largest insurer UnitedHealthcare, Cigna and Empire Blue Cross Blue Shield — say the new approach offers greater consistency and thwarts efforts to game the system.

“Usual and customary became abused by a minority of physicians,” says Mark Wagar, CEO of Empire in New York, which is switching most policies to the new method. “It was not infrequent to see an emergency case where 98 percent of the physicians would charge $5,000, but some outlier would decide to charge $50,000.”

There are no good estimates of how many consumers are affected by the switch, but tens of millions of people who buy their own insurance or get coverage through their jobs, like Smith’s family, have the type of health plan that allows them to seek care outside the insurer’s network. 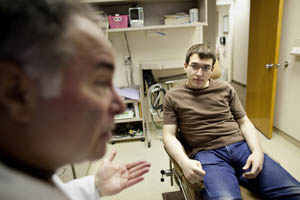 Some say they discover the change only after they rack up big bills.  Smith, a certified public accountant in Syosset, N.Y., says she thought her Oxford insurance plan would cover as much as 80 percent of the total and was shocked when it paid $2,500 toward the surgeon’s $18,000 fee. That $2,500 is 150 percent of the Medicare rate. Smith owed the rest.

Had the usual and customary standard been used, her policy would have paid at least $12,000, said Oxford spokesman Tyler Mason.

“If I had set out knowing all these costs ahead of me, I could have negotiated, or I could have said, ‘Wow, I can’t afford this’,” says Smith, 53, who is not currently working because of a medical disability.

To be sure, the information about how the insurer would calculate the payment was included on page 108 of a 126-page booklet outlining the Oxford plan offered by her husband’s employer. The two-page explanation says the employer purchased a rider from Oxford that changed out-of-network payments from a percentage of usual and customary charges to Medicare rates plus 50 percent.

“It was so buried I never saw it,” says Smith, adding that even if she had, there was no easy way to find out what Medicare pays for a procedure.

Mason says Smith should have asked her surgeon how much he would charge ahead of time, and then called the insurer to see how much it would pay toward that charge.

He also notes Smith received a letter from Oxford a month before the surgery saying her costs would likely be higher if she went out of network. However, it did not spell out the Medicare-based method or her exact dollar liability.

Her cost would have been only about $500, on top of her deductible of more than $2,000, if she had chosen from among several dozen in-network oral surgeons in nearby New York City, he says.

Insurer networks are designed to slow rising health care costs, in part by getting doctors and hospitals who join to agree to negotiated rates, which are generally lower than their usual fees.

Because out-of-network hospitals and doctors are not held to negotiated rates, they can set their own fees and “balance bill” patients for the portion insurers don’t cover.

Some states bar balance billing for emergency care.  Medicare strictly limits how much patients can be balance billed by doctors who don’t participate in the program.

“One of the most expensive decisions that a customer could make is going out of network,” says Alan Muney, chief medical officer at Cigna.

Smith says she knew the decision would be more expensive but sought treatment outside her network because she wanted a surgeon with experience in the type of complicated jaw surgery needed by then-18-year-old Thomas: “This is my son’s face.”

Benefit consultants, insurers, patient advocates and actuaries say the shift to Medicare rates began after a national database tracking usual and customary charges — run by UnitedHealthcare subsidiary Ingenix — was shuttered in 2009 following an investigation by the New York Attorney General, who questioned whether the data were skewed in favor of insurers.

While the closure was touted as a consumer win, “unfortunately, it’s worse now,” says Jennifer Jaff, executive director of Advocacy for Patients with Chronic Illness, a Connecticut-based group that helps file insurance appeals for consumers. “Once New York said you can’t use those (Ingenix figures) anymore, the insurers looked at it as an opportunity to pay even less.”

After the closure, some insurers turned to basing payments on Medicare rates, which are set for each procedure and vary regionally, says Rob Parke, an actuary at the consulting firm Milliman.

While an office visit for a primary care doctor paid at 170 percent of Medicare might be similar to payments made under usual and customary calculations, Parke says, specialist visits and other types of care often don’t come close.

Stepping into the data gap left by Ingenix is a new nonprofit created by settlements paid by insurers involved with the investigation. Called Fair Health, the New York-based group began selling data a year ago that tracks doctors’ usual and customary charges and includes a website calculator for consumers to figure out their costs.  It now contracts with medical and dental plans covering more than 170 million people, says Robin Gelburd, president of Fair Health.

“Employers can choose to use Medicare rates, that’s totally fine,” but it needs to be put into context, Gelburd says.

Otherwise, policyholders might mistakenly believe that 150 percent of Medicare’s rate is more generous than how they were reimbursed in the past.

Cigna’s Muney says the insurer has decided to use Fair Health’s usual and customary calculations, but will continue to offer the Medicare rate method as an option because it was well received by employers. Like several insurers, Cigna also has an online calculator that shows policyholders how much they would pay for services in and out of their networks.

Muney and other insurers say that consumers should be asking why some hospitals and doctors charge so much.  A 2009 survey of doctor charges in 30 states by the industry’s lobby group, America’s Health Insurance Plans, found prices for some common procedures ranged to up to 10 times what Medicare sets as payment.

“We’re talking about a five-hour surgery, a very, very, complex surgery,” she says. “For all that the doctor is paid is $2,500? The doctor would have to shut down his office if that’s all he could get.”

Sachs says the $18,000 fee covered not just the lengthy surgery, but pre-op care and two years of follow-up visits “We do a very complicated, very exact and demanding treatment plan,” says Sachs.

He says his rates haven’t gone up in five years, and he takes on many charity cases, especially involving children.  But payment rates for in–network care are so low, he says, that he would have to make sharp changes, maybe even close, were he to sign on with insurers.

Sachs says he won’t pursue Smith for the remaining money she owes because “you can’t get water out of a rock,” but he will begin to charge higher up-front fees for patients with insurance similar to hers.