Consumers may soon find a surprise in their mailbox: a notice that their health plan is being canceled. 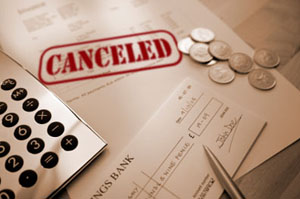 Last year, many consumers who thought their health plans would be canceled because they didn’t meet the standards of the health law got a reprieve. Following stinging criticism for appearing to renege on a promise that people who liked their existing plans could keep them, President Barack Obama backed off plans to require all individual and small group plans that had not been in place before the health law to meet new standards starting in 2014. The administration initially announced a transitional policy that, with state approval, would allow insurers to renew plans that didn’t comply with coverage or cost standards starting in December 2013 and continue doing so until October 2014. Then in March, the administration said it would extend the transitional policy for two more years, meaning that some people will be able to hang onto their non-compliant plans through 2017.

Insurers aren’t required to renew non-compliant plans, however. States can also bar them, and some states did that initially, particularly those that were operating their own health insurance marketplaces. Many others, however, are following the federal lead.

“The majority of states are allowing transitional policies to continue for at least one more year,” says Sabrina Corlette, project director at Georgetown University’s Center on Health Insurance Reforms, who co-authored a blog post for the Commonwealth Fund that examined state activity in this area.

Insurers are required to give policyholders 90 days notice if they’re discontinuing their plans. That means consumers whose plans will be cancelled this December should be receiving notices now.

If your plan is being canceled, you have a number of options. By law, your insurer has to let you buy another of its plans if you want. You can also shop on the state health insurance marketplace for coverage, where many people qualify for subsidies that reduce the cost, or you can buy a plan off the marketplace as well.

Consumers To Hear Soon If Plans Are Canceled