In the heated debate over to what extent religiously affiliated employers should be required to provide free contraception for workers, no one has talked much about what methods are available to women who want to prevent pregnancy and how their choices might change if cost were removed from the equation. But it’s an important subject.

With prices ranging from about $1 for a condom to more than $800 for an intrauterine device (IUD), some of these women, maybe a lot of them, might switch methods if they could afford to.

That’s exactly what many women’s health advocates hope. Long-acting methods such as the IUD and the hormonal implant are nearly 100 percent effective, require no effort after insertion and protect against pregnancy for up to 10 years. (In contrast, birth control pills are about 92 percent effective, and many other common methods are even less reliable in everyday use.)

Some women worry that having a device inserted in the uterus or under the skin is riskier than methods such as a pill, a patch or a vaginal ring that they can discontinue at will.

But experts such as Adam Sonfield, a senior public policy associate at the Guttmacher Institute, a nonprofit research center on reproductive policy, point out that IUDs and implants “eliminate the possibility of inconsistent use.”

They’re also among the most cost-effective methods available in the United States, according to research by James Trussell, a professor of economics and public affairs at Princeton University. Among other things, Trussell factored in the cost of particular methods, their effectiveness at preventing pregnancy, and the costs of unintended pregnancy or other events during a five-year period. IUDs and vasectomies were found to be the most cost-effective. Implants were somewhat less cost-effective but still a better bet than oral contraceptives, the patch, the vaginal ring or injectable contraceptives, among others.

These longer-acting methods, however, carry a hefty upfront price tag of between $500 and $1,000 for the device itself and its insertion. Meanwhile, insurance coverage is uncertain. Although the vast majority of employer health plans cover contraception, they don’t necessarily cover all methods and they generally don’t cover them for free. A 2004 study found that 40 percent of companies covered IUDs.

“For most plans, the devices aren’t considered part of the drug formulary, so you might have coinsurance of some amount like 20 percent,” Sonfield says.

Under the new health care law, starting this August, new employer health plans or those that change their benefits substantially will be required to cover all FDA-approved contraception methods and related counseling without co-pays. Catholic bishops and others strenuously objected to imposing this requirement on employers who objected to contraception on religious grounds. The Obama administration last week offered a compromise that would allow women who work for religious organizations to obtain contraception directly from an insurer — still without co-pays. But the debate continues.

Although eliminating cost concerns may help encourage the use of longer-acting methods, that’s only half the battle. Educating women and providers is also critical, say experts. Many people still associate IUDs with the Dalkon Shield, a device marketed in the early 1970s that led to severe infections, infertility and death, resulting in hundreds of millions of dollars in legal
claims.

“The Dalkon Shield put a chill on IUDs for the next four decades,” says Eve Espey, a professor of obstetrics and gynecology at the University of New Mexico.

The longer-acting methods currently approved by the FDA are considered safe and effective. They include two IUDs, Mirena and ParaGard. These small T-shaped devices are inserted into the uterus and release hormones or small amounts of copper to prevent fertilization for five or 10 years, respectively. Implanon  is a matchstick-sized hormonal implant that, once inserted under the skin of the upper arm, prevents pregnancy for three years.

The Contraceptive Choice Project is testing the idea that by educating women about longer acting methods and removing cost barriers, more will decide to use them and fewer will become accidentally pregnant.

In 2007, researchers at Washington University in St. Louis began to enroll 10,000 women in that region, offering them free contraceptives of any type for three years and focusing on educating them about longer-acting methods.

Seventy-five percent chose IUDs or implants, a much higher proportion than the 5.5 percent in the general population. After a year, 86 percent of those using IUDs or implants decided to continue with the longer acting method; only 55 percent of the women who were taking birth control pills continued with that method, according to preliminary figures from the researchers.

“Women should be able to control their reproductive lives,” says Jeffrey Peipert, principal investigator for the project who is vice chair for clinical research in the department of ob/gyn at the Washington University School of Medicine. “But with our current system, so many people are uninsured or unable to pay for their birth control.”

Happy With Her Choice

Lydia and Drew Huston have three children and don’t want any more. When Lydia, now 44, heard about the research project at the university near their home in Florissant, Mo., she signed up. Three years of free contraceptives sounded like a good deal. 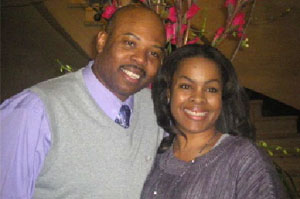 Until she enrolled in the study, Huston had been getting hormonal Depo-Provera shots every three months to prevent pregnancy. Her co-pay was $20 each time. Although it was better than having to take a pill every day, getting to the doctor even once every three months was tough given her family commitments and her job working in development at a nonprofit organization.

Before meeting with the university researchers, Huston never understood the longer-acting options that were available. “They gave me this array of information,” she says. “It was so empowering.” After discussing the methods, Huston decided on a hormonal implant, which would last for three years. It was an easy transition from the injections she’d been receiving earlier.

Huston is happy with her choice. “Knowing what I know now, if I had to pay for a longer-acting method I would.”

That’s a choice many women like Huston soon won’t have to make.