For its first 25 years, the U.S. Preventive Services Task Force toiled in relative obscurity. Created by the federal government in 1984, the task force published books and articles in scientific journals that aimed to inform primary care practitioners about which preventive services were effective based on scientific evidence. It assigns preventive services such as screenings, medication and counseling grades from A to D, or an I for insufficient evidence. 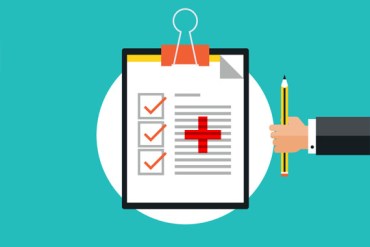 In 2010, everything changed. The massive health care bill that came to be called Obamacare included language requiring that preventive services scoring a grade of A or B from the task force had to be covered by health plans without charging consumers anything out of pocket. In one stroke, this volunteer group of nonpartisan medical experts found themselves thrust into the political hurly burly. Their recommendations, including a controversial 2009 recommendation regarding breast cancer screening, came under intense scrutiny.

Dr. Michael LeFevre, a primary care physician who is vice chairman of the Department of Family and Community Medicine at the University of Missouri, chaired the task force until March and was a member for a decade. We spoke recently about his tenure and how the task force’s role has evolved. The following interview has been edited and condensed.

Q. How did the health law change the role that task force recommendations play in health care?

It would be disingenuous of me not to suggest that the link between the task force A and B recommendations and insurance coverage hasn’t put an additional focus on our work. There are people who think we are making a coverage decision. We’re not. We evaluate the science, we don’t look at the costs. If the science doesn’t make clear there’s at least moderate certainty of net benefit, we don’t recommend it. We know if we give it an A or a B, there will be a link to coverage, but we’re not saying it should be covered. 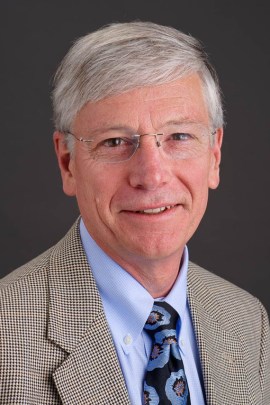 Dr. Michael LeFevre, is the vice chairman of the Department of Family and Community Medicine at the University of Missouri.

Q. Let’s talk about the breast cancer screening recommendation. The task force in 2009 and again several months ago in a proposed update did not recommend mammograms for women age 40 to 49. The task force gave it a C rating, which means they should be offered selectively depending on patient preferences and health history in consultation with a physician. Some say this is a big mistake, that women in that age group won’t get mammograms that may help detect breast cancer earlier. How do you respond to critics?

A. In 2009, when we released our recommendation for breast cancer screening, we were in the middle of the debate in Congress about the Affordable Care Act. And it was already written into the bill being considered that A and B recommendations would be covered without a copayment. So we became the focus of debate about the recommendation and coverage. This created a firestorm of publicity that was, honestly, ultimately good.

We were already working to try to improve our transparency and communication. I’d be dishonest to say that it didn’t influence us. We realized that we have to be faster and clearer. Our audience is beyond primary care physicians, there are payers, government bodies and patients to consider.

Q. But what about the charges of critics such as Rep. Debbie Wasserman Schultz, D-Fla., a breast cancer survivor, who wrote in The Washington Post, “We know that mammograms are not perfect, but we also know that deferring them until after age 50 is dangerous.”

A. It’s important for us to separate out the issue of coverage from the science itself and the benefits and harms. We are well aware that many payers cover not only C recommendations but also D recommendations. All the ACA really does is set a floor and says that A and B recommendations have to be covered.

Q. How do you decide which preventive services to review?

A. We try to update existing topics every five years, more or less often depending on events. Occasionally we retire a topic.

Anybody can nominate a new topic at any time. We have a work group that looks at it continuously. We have to decide, is it prevention, and is it something that can be implemented or referred by primary care clinicians? For example, we saw that Vitamin D deficiency screening was being promoted widely. We decided it was an important topic to review.

Q. What other task force recommendations have been publicly controversial?

Q. In your role as the immediate past chairman of the task force, you’re involved as a consultant until next spring. What’s on the drawing board going forward? How will the task force change and evolve in the next 10 years?

A. I look for us to continue to try to be transparent in our work. I can’t tell you exactly what shape that will take as we go forward. We’re not the wizard behind the curtain that makes decrees. We want people engaged in our work and to know how we do that work. Did we miss something, did we reach the right conclusions?

I look for us to increase communications. We are increasingly putting out tools for consumers on the Web. I’m probably not supposed to tell you this, but what the heck. Part of our method now, after we’ve reviewed the evidence, we actually have somebody from the communications team get up and grill us. A non-clinician. We feel like if we can’t explain it, we haven’t done our job. We appreciate that our language has to go beyond what a clinician understands.

Transparency, methodological rigor and communications. That’s what we’re focusing on.

This story was updated to correct Dr. LeFevre’s tenure on the task force. He was a member for 10 years but not the chairman throughout that time.