Free contraception has sure been a hot topic lately. But there’s still one facet that hasn’t received much attention. 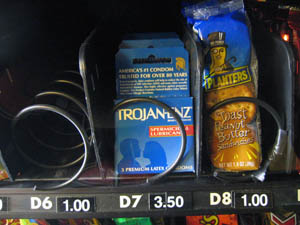 Religious leaders and politicians have debated whether requiring employers to cover prescription birth control for employees gratis — as required under the health care overhaul — tramples on religious freedom.

But what about over-the-counter methods like condoms, spermicides and contraceptive sponges?

Those methods aren’t generally as effective as oral contraceptives, IUDs or hormonal implants. But they have the advantage of convenience, they’re easier than other methods to employ on the spur of the moment.

The largest proportion of women — about 28 percent — use oral contraceptives. Only about 5.5 percent use highly effective alternatives like the IUD and hormonal implants. These methods have high up-front costs, though they’re cost-effective in the long run.

And women’s health advocates expect more women will choose them once price isn’t a factor. Still, some 10 percent of women use over-the-counter birth control.

But insurers often don’t cover these methods unless people get a prescription for them. And that requires thinking ahead. “It loses the convenience factor,” says Adam Sonfield, a senior policy associate at the Guttmacher Institute, a nonprofit research center on reproductive policy.

Of course, making something inconvenient means people may be less likely to take advantage of a benefit, like free contraceptives. “Insurers are betting that a lot of their clients are going to use contraception anyway,” says Sonfield.