Yet an estimated 29 million people have diabetes — about 10 times the number of people with hepatitis C — and many of them will take diabetes drugs for the rest of their lives. Cost increases for both old and new drugs alike are forcing many consumers to scramble to pay for them. 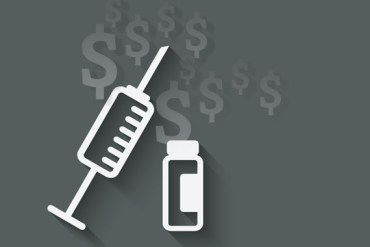 Many people with diabetes take multiple drugs that work in different ways to control their blood sugar. Although some of the top-selling diabetes drugs like metformin are modestly priced generics, new brand-name drugs continue to be introduced that act in different ways. They may be more effective and have fewer side effects, but it often comes at a price. For the fourth year in a row, spending on diabetes drugs in 2014 was higher on a per member per year basis than it was for any other class of traditional drug, according to the Express Scripts 2014 Drug Trend Report. Less than half of the prescriptions filled for diabetes treatments were generic.

“The cost of diabetes treatment has been increasing pretty rapidly,” says Dr. Glen Stettin, senior vice president for clinical, research and new solutions at Express Scripts, which manages the pharmacy benefits for many companies. A number of factors contribute to the overall cost increase, Stettin says, including price increases for brand-name drugs, the fact that people are often on complicated treatment regimens of three or even four drugs, and that more people with diabetes are receiving treatment.

An analysis of per capita health care spending in 2013 for people with diabetes found average costs were $14,999, roughly $10,000 higher than the average $4,305 in per capita spending for people without the disease.The study by the Health Care Cost Institute examined the health care claims of nearly 40 million individuals younger than age 65 who had employer-sponsored insurance with one of three large insurers.

Higher claims costs were reflected in higher out-of-pocket costs for people with diabetes as well. They spent $1,922 on average for deductibles, copayments and coinsurance in 2013, compared with $738 for people without diabetes.

Zonszein recalled how cost played out earlier this month for one of his patients. She asked him about switching to a less expensive insulin drug than Lantus, which costs her $160 a month. In addition to Lantus, the 69-year-old woman takes the diabetes drug Janumet, which works in a different way than insulin to lower blood sugar, and she is using drugs to control her high cholesterol and high blood pressure.

His patient has drug coverage through Medicare. But because of her large purchases of medications, she has reached the Medicare “doughnut hole” when many beneficiaries are responsible for paying a larger percentage of the cost of their drugs. In 2015, the coverage gap starts when both consumer and drug plan have spent $2,960 on covered drugs and ends when spending reaches $4,700, the out-of-pocket maximum. At that point, catastrophic coverage kicks in and the drug plan picks up nearly all of the cost of any drugs. (The coverage gap is shrinking as part of the federal health law.)

Zonszein and his patient decided that since her diabetes is well controlled on her current drug regimen and she is just two months away from leaving the donut hole, she would dig into her savings in order to afford her current medications.

“This is becoming year over year more of a problem,” he says.

Insurers and pharmacy benefit managers have increasingly devoted resources toward managing patients’ prescription drugs. Requiring patients to try an older, cheaper drug before approving a newer one is common practice as are prior authorization rules that require providers to get approval before prescribing pricey drugs.

Diabetes occurs when the body can’t control the amount of sugar in the blood because of problems making or responding to the hormone insulin, which allows cells to use sugar (glucose) for energy. High levels of blood sugar can cause damage to the heart and blood vessels, nerves, kidneys, eyes and feet, among other things. About 90 percent of people who have diabetes have type 2 diabetes, which is linked to lifestyle factors such as obesity and inactivity. Type 1 diabetes, once called juvenile diabetes, commonly develops among children.

Insulin was considered a wonder drug when it was discovered in 1921. It remains a mainstay of treatment for millions of patients, and yet decades after its introduction there are still no generic forms of insulin available.

Incremental improvements in existing insulin drugs have extended their patent protection in some cases, and some older versions of drugs are no longer sold in the United States, says Dr. Jeremy Greene, a professor of medicine and history of medicine at Johns Hopkins University.

Increasingly, drug manufacturers are developing close copies of the biologic drugs that are made with living cells. These “biosimilar drugs” may provide some relief from high costs.  The Food and Drug Administration recently established a regulatory pathway for biosimilar drugs to gain approval, and drug experts suggest that as insulin patents expire, biosimilar insulins could reduce the price by up to 40 percent.

Cost Of Diabetes Drugs Often Overlooked, But It Shouldn’t Be