“The pressure was so intense it felt like my head was going to explode,” recalled the 27-year-old freelance writer from Long Island.

She tried spending less time on the computer and taking over-the-counter pain medication, but the pounding kept breaking through — a constant drumbeat to accompany her equally incessant worries about COVID-19. 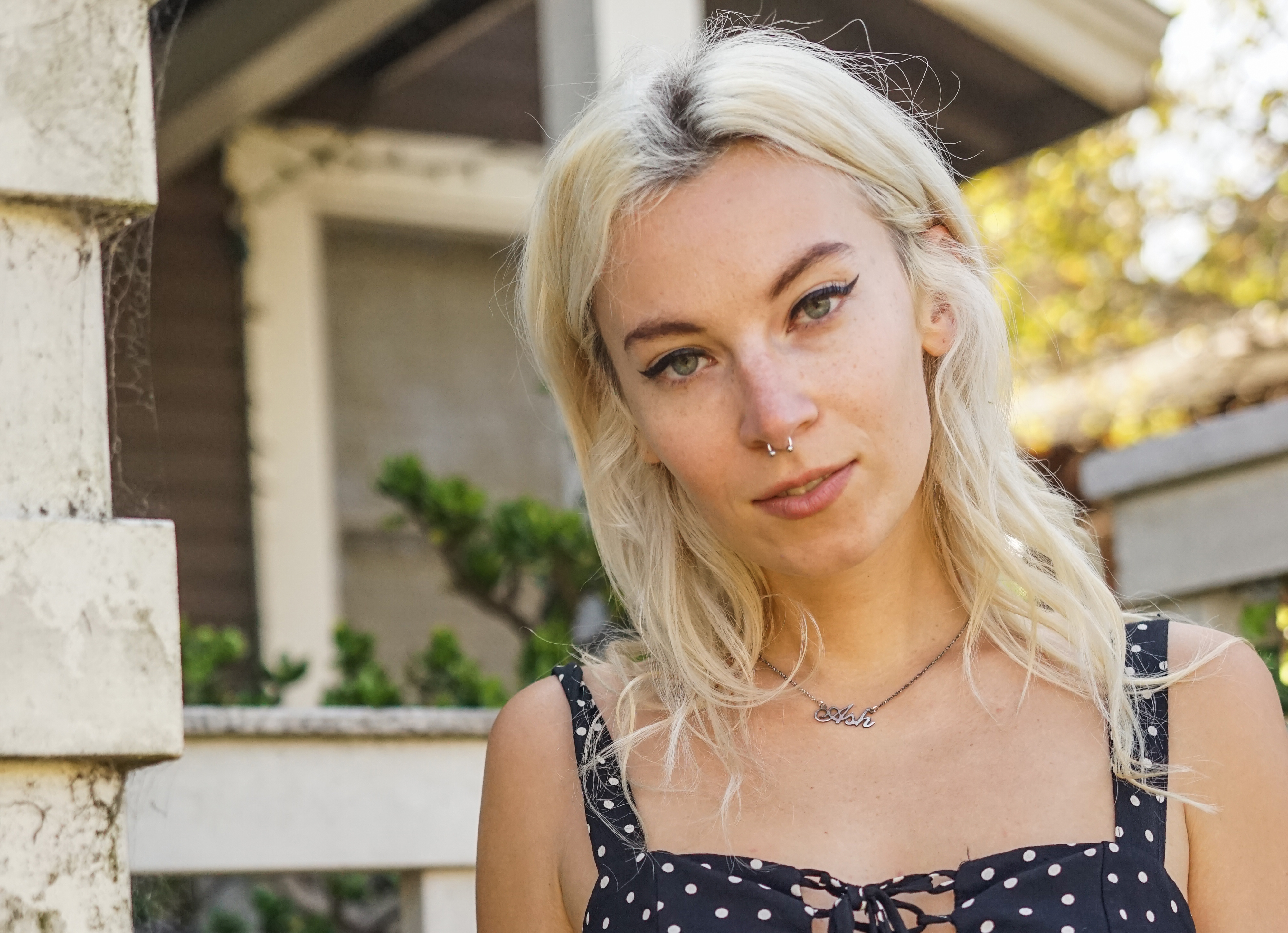 After a month and a half with a pounding headache, Ashley Laderer decided to visit a neurologist, who ordered an MRI. But the doctor found no physical cause. The scan was clear.(Alissa Castleton)

After a month and a half, Laderer decided to visit a neurologist, who ordered an MRI. But the doctor found no physical cause. The scan was clear.

Then he asked: Are you under a lot of stress?

Throughout the pandemic, people who never had the coronavirus have been reporting a host of seemingly unrelated symptoms: excruciating headaches, episodes of hair loss, upset stomach for weeks on end, sudden outbreaks of shingles and flare-ups of autoimmune disorders. The disparate symptoms, often in otherwise healthy individuals, have puzzled doctors and patients alike, sometimes resulting in a series of visits to specialists with few answers. But it turns out there’s a common thread among many of these conditions, one that has been months in the making: chronic stress.

Although people often underestimate the influence of the mind on the body, a growing catalog of research shows that high levels of stress over an extended time can drastically alter physical function and affect nearly every organ system.

Now, at least eight months into the pandemic, alongside a divisive election cycle and racial unrest, those effects are showing up in a variety of symptoms.

“The mental health component of COVID is starting to come like a tsunami,” said Dr. Jennifer Love, a California-based psychiatrist and co-author of an upcoming book on how to heal from chronic stress.

Nationwide, surveys have found increasing rates of depression, anxiety and suicidal thoughts during the pandemic. But many medical experts said it’s too soon to measure the related physical symptoms, since they generally appear months after the stress begins.

Still, some early research, such as a small Chinese study and an online survey of more than 500 people in Turkey, points to an uptick.

In the U.S., data from FAIR Health, a nonprofit database that provides cost information to the health industry and consumers, showed slight to moderate increases in the percentage of medical claims related to conditions triggered or exacerbated by stress, like multiple sclerosis and shingles. The portion of claims for the autoimmune disease lupus, for example, showed one of the biggest increases — 12% this year — compared with the same period last year (January to August).

Perhaps the strongest indicator comes from doctors reporting a growing number of patients with physical symptoms for which they can’t determine a cause.

Dr. Shilpi Khetarpal, a dermatologist at the Cleveland Clinic, used to see about five patients a week with stress-related hair loss. Since mid-June, that number has jumped to 20 or 25. Mostly women, ages 20 to 80, are reporting hair coming out in fistfuls, Khetarpal said.

Stress is also the culprit dentists are pointing to for the rapid increase in patients with teeth grinding, teeth fractures and TMJ.

“We, as humans, like to have the idea that we are in control of our minds and that stress isn’t a big deal,” Love said. “But it’s simply not true.”

Stress causes physical changes in the body that can affect nearly every organ system.

Although symptoms of chronic stress are often dismissed as being in one’s head, the pain is very real, said Kate Harkness, a professor of psychology and psychiatry at Queen’s University in Ontario.

When the body feels unsafe — whether it’s a physical threat of attack or a psychological fear of losing a job or catching a disease — the brain signals adrenal glands to pump stress hormones. Adrenaline and cortisol flood the body, activating the fight-or-flight response. They also disrupt bodily functions that aren’t necessary for immediate survival, like digestion and reproduction.

When the danger is over, the hormones return to normal levels. But during times of chronic stress, like a pandemic, the body keeps pumping out stress hormones until it tires itself out. This leads to increased inflammation throughout the body and brain, and a poorly functioning immune system.

Studies link chronic stress to heart disease, muscle tension, gastrointestinal issues and even physical shrinking of the hippocampus, an area of the brain associated with memory and learning. As the immune system acts up, some people can even develop new allergic reactions, Harkness said.

The good news is that many of these symptoms are reversible. But it’s important to recognize them early, especially when it comes to the brain, said Barbara Sahakian, a professor of clinical neuropsychology at the University of Cambridge.

“The brain is plastic, so we can to some extent modify it,” Sahakian said. “But we don’t know if there’s a cliff beyond which you can’t reverse a change. So the sooner you catch something, the better.”

In some ways, mental health awareness has increased during the pandemic. TV shows are flush with ads for therapy and meditation apps, like Talkspace and Calm, and companies are announcing mental health days off for staff. 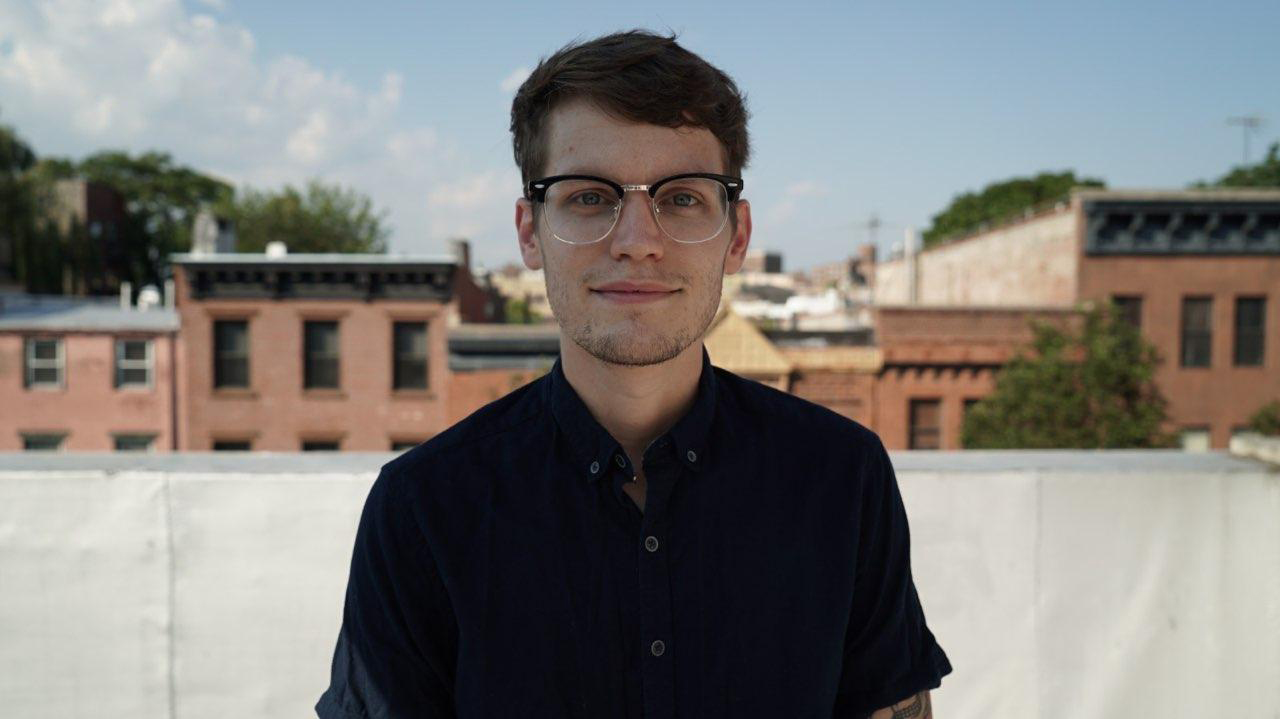 But those spurts of attention fail to reveal the full impact of poor mental health on people’s daily lives.

He’d been working at a Whole Foods coffee bar in New York City for only about a month before the pandemic hit, suddenly anointing him an essential worker. As deaths in the city soared, Kostka continued riding the subway to work, interacting with co-workers in the store and working longer hours for just a $2-per-hour wage increase. (Months later, he’d get a $500 bonus.) It left the 28-year-old feeling constantly unsafe and helpless.

“It was hard not to break down on the subway the minute I got on it,” Kostka said.

Soon he began waking in the middle of the night with pain from clenching his jaw so tightly. Often his teeth grinding and chomping were loud enough to wake his girlfriend.

Kostka tried Talkspace, but found texting about his troubles felt impersonal. By the end of the summer, he decided to start using the seven free counseling sessions offered by his employer. That’s helped, he said. But as the sessions run out, he worries the symptoms might return if he’s unable to find a new therapist covered by his insurance.

“Eventually, I will be able to leave this behind me, but it will take time,” Kostka said. “I’m still very much a work in progress.”

How to Mitigate Chronic Stress

When it comes to chronic stress, seeing a doctor for stomach pain, headaches or skin rashes may address those physical symptoms. But the root cause is mental, medical experts say.

That means the solution will often involve stress-management techniques. And there’s plenty we can do to feel better:

Exercise. Even low- to moderate-intensity physical activity can help counteract stress-induced inflammation in the body. It can also increase neuronal connections in the brain.

Meditation and mindfulness. Research shows this can lead to positive, structural and functional changes in the brain.

Fostering social connections. Talking to family and friends, even virtually, or staring into a pet’s eyes can release a hormone that may counteract inflammation.

Learning something new. Whether it’s a formal class or taking up a casual hobby, learning supports brain plasticity, the ability to change and adapt as a result of experience, which can be protective against depression and other mental illness.

“We shouldn’t think of this stressful situation as a negative sentence for the brain,” said Harkness, the psychology professor in Ontario. “Because stress changes the brain, that means positive stuff can change the brain, too. And there is plenty we can do to help ourselves feel better in the face of adversity.”