Andrey Ostrovsky’s family did not discuss what killed his uncle. He was young, not quite two weeks past his 45th birthday, when he died, and he had lost touch with loved ones in his final months. Ostrovsky speculated he had committed suicide.

Almost two years later, Ostrovsky was Medicaid’s chief medical officer, grappling with an opioid crisis that kills about 115 Americans each day, when he learned the truth: His uncle died of a drug overdose.

His family knew the uncle’s life had been turbulent for a while before his death, watching as he divorced his wife and became estranged from his 4-year-old daughter and eventually lost his job as a furniture store manager. But Ostrovsky wanted to understand what happened to his uncle, his stepfather’s younger brother. So, last fall when he found himself in southeastern Florida, where his uncle died in 2015, he contacted one of his uncle’s friends for what he thought would be a quick cup of coffee.

Instead the friend “let loose,” revealing that they had been experimenting with a variety of drugs the night his uncle died — the tragic culmination of more than a decade of substance abuse much of his family knew nothing about. An autopsy showed there were opiates and cocaine in his system, Ostrovsky later learned.

The revelation shook Ostrovsky, a pediatrician appointed to the Centers for Medicare & Medicaid Services in 2016. He had championed better drug treatment programs for the 74 million people on Medicaid — an increasingly uphill battle after Republicans signaled they would trim the program under President Donald Trump.

Within his own agency, Ostrovsky already felt that he was something of a pariah. After he’d posted a tweet against a Republican plan to repeal and replace the Affordable Care Act, he was reprimanded and removed from his major projects. A conservative group known as America Rising filed a Freedom of Information Act request for his email correspondence, a move seen as an attempt to intimidate Ostrovsky.

But that revelation over coffee in Florida made the drug crisis deeply personal for Ostrovsky and his family, prompting him to act. He realized that solutions were not just about money, but also about combating stigma, that stain he says prevented his uncle from getting help. So, he quit his government job last month and is speaking publicly about his family’s experience, to remove the shame of drug addiction.

Last fall, the Trump administration declared the opioid crisis a public health emergency, stopping short of allocating more funding for an “epidemic” that killed more than 42,000 in 2016 — more than any year on record, according to the Centers for Disease Control and Prevention. That declaration was extended last week. Early data indicate 2017 may have outpaced 2016 in drug deaths.

In one of the latest attempts to manage the crisis, Democratic Gov. Tom Wolf of Pennsylvania recently declared the opioid epidemic a statewide disaster emergency. For the first time, Pennsylvania officials will direct emergency resources toward a public health crisis in the same way they would a natural disaster.

The uncle’s story offers an intimate look at a crisis that has vexed officials on the local, state and national level, strained public health resources — and infiltrated not just America’s streets and drug dens, but also workplaces and successful middle-class families like Ostrovsky’s. KHN agreed not to disclose the uncle’s name out of respect for his family’s privacy.

The uncle immigrated to the United States from Azerbaijan when he was 16, seeking a brighter future than the one stretched before him in the crumbling Soviet Union, Ostrovsky recalled. His family settled in Baltimore, where he married and started his own family. When he wasn’t working, he grilled lamb kebabs and danced to music from his home country. He was a warm, welcoming host, insisting guests have at least a cup of tea.

“Even when he had nothing, he would take that last piece of bread and offer it to you,” Ostrovsky says. 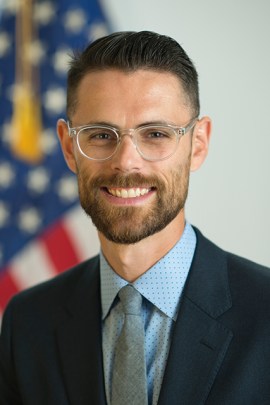 To Ostrovsky, he was the “cool uncle,” always bringing his nephew trinkets from his travels. When Ostrovsky was in seventh grade, his uncle returned from Jamaica with a shirt that read: “See no evil, hear no evil, speak no evil, s— happens mon.” Ostrovsky wore it to school — and happily suffered the inevitable punishment. “I love him for that and was proud to get in trouble,” he wrote in an email.

Sometime around the early 2000s, the uncle and his wife divorced. He began drinking more, a vice Ostrovsky attributed in part to his cultural heritage but that he suspects grew into alcoholism.

It is unclear to the family when, exactly, drugs came into his life, though his problems seem to have escalated in his 30s. His drug of choice was cocaine, Ostrovsky learned from his uncle’s friend, who frequently took drugs with him over the years.

His inability to function at work and other financial strains eventually drove him to crack cocaine, an especially addictive, cheaper form that produces an instant, intense high when smoked. Months before his death, he lost his job and grew depressed. He began using more heavily and trying new drugs. He dabbled in benzodiazepines, a class of psychoactive drugs like Xanax and Valium, and opioids.

Opioids, which broadly include both illegal drugs like heroin and prescription painkillers like OxyContin, are particularly perilous when misused because they suppress the ability to breathe. Those who use opioids also build up a tolerance over time, encouraging them to use more to achieve a high. These facts are especially problematic considering street drugs are often cut with more powerful opioids — such as fentanyl, a fast-acting painkiller — to create a more intense high.

Eventually, Ostrovsky’s uncle began living with his drug dealer. On the night of his death, he and his friend went through the dealer’s stash when he was out, trying pills and other drugs. When the dealer returned, after the friend had left, the uncle didn’t answer the door.

They found him on the couch, looking “at peace,” his friend recounted to Ostrovsky. They tried to resuscitate him and called for help. Sitting on the curb outside, his friend watched the paramedics carry him away.

The friend says he quit using drugs and is enrolled in a methadone program, a treatment option that uses another opioid to reduce withdrawal symptoms.

Hampered by political ideology from the White House that has spurred a focus on overhauling Medicaid benefits, for instance, Ostrovsky says his former agency, CMS, is “ill-equipped” right now to handle this problem. So, for now, he’s working outside the government.

This month, Ostrovsky announced he is joining Concerted Care Group, an addiction treatment program based in Baltimore whose patients are mostly covered by Medicaid, where he will serve as CEO as the organization looks to expand.

Ostrovsky first noticed Concerted Care Group when it was part of a CMS pilot program, a standout because it eschewed the surreptitious-feeling grab-and-go approach of most outpatient addiction centers. “This can’t be a methadone clinic,” Ostrovsky thought when he first heard about it.

It offered patients private spaces to take their medicine; security guards to ensure their safety; even coffee while they wait, preserving at least a modicum of patient dignity. In the same spirit, Ostrovsky hopes that sharing his personal story about his uncle will combat the stigma that makes patients and their loved ones ashamed to reach out for help.

“I think this is really important, that people hear about his story and talk,” he says, “and get over that feeling of not wanting to have that uncomfortable conversation with my family member who needs help.”