Conventional health care wisdom says that a less invasive procedure will be less expensive: Fewer days in the hospital and an easier recovery should reduce costs, right? 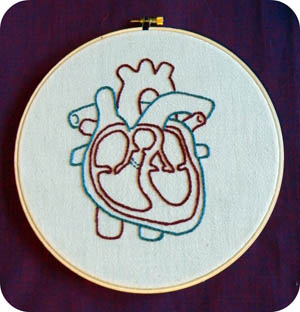 Well, it’s complicated. A new heart valve device and procedure approved by the FDA last week costs less than the standard treatment, but it can’t replace that procedure. Instead, it will allow an estimated 20,000 more patients — who would otherwise be inoperable due to frailty — to get the new valve. So the money that will be spent on these patients is in addition to the dollars already being spent. The new technology shows promise to extend the lives of very sick patients, but it doesn’t save money.

Rob Kuhling, a venture capitalist who had invested in a similar new technology, summed it up bluntly: “Death is always cheaper.”

Here are the details: The standard way to treat aortic stenosis is open heart surgery. The new Sapien valve by Edwards Lifesciences can be inserted by threading a catheter from a small incision in the leg through an artery to the heart. Estimates put the total cost for the new device and hospital stay at about $70,000 versus up to $100,000 for the open heart procedure and hospital stay in the most complicated patients.

But the Sapien valve hasn’t been approved for people who can now get open heart surgery. Its statistical outcomes don’t “beat” open heart surgery for patients who are well enough to undergo that demanding, traumatic operation.

The product has been used in Europe since 2007 for patients too sick for open-heart procedures. It has increased stroke rates in patients who get it, but overall the 365-person trial the FDA reviewed found that 69 percent of patients who got the new valve lived another year, while only 50 percent of those who received other, nonsurgical treatment survived that long.

Kuhling, of Onset Ventures, invested in a company developing a similar device that has not yet gained approval and is now owned by Boston Scientific. He said a driving factor in his investment plan was the promise that the new product could reduce the cost of aortic valve replacement surgeries, and attract value-conscious customers.

For now, though, it is unclear whether the innovation will rise to that goal.

If the Sapien valve gains traction and is ultimately adopted as an alternative to open heart surgery for to some patients, Kuhling and other investors who spoke with Kaiser Health News hope it could ultimately prove less expensive in those cases.

Kuhling put the target price for the product he invested in, being developed by Sadra Medical, at around $45,000 for the entire procedure including hospital stays. “People aren’t going to invest in device companies that don’t have those economics,” he told KHN.