Short-term health plans have been around for decades, bridging coverage gaps for people who are between jobs or have recently graduated from school, among other things. After the health law passed, some people gravitated toward them because they were willing to trade comprehensive coverage for a cheaper sticker price — even if it meant paying a tax penalty for not having the comprehensive coverage required in the law. Sales increased.

Now, as Republicans look for ways to weaken the health law’s coverage requirements and explore the possibility of not enforcing the requirement that people have health insurance, short-term plans may be poised to grow even more. If that happens, consumer advocates warn it could be bad for consumers.

As their name suggests, short-term plans provide coverage for a limited period of time, often six months or less. They generally don’t cover such things as preexisting conditions, maternity services or prescription drugs. The policies typically have maximum coverage limits of about $1 million. Insurers can turn people down if they’re sick and may decide not to renew someone’s policy. All of these practices are prohibited in plans that qualify as individual insurance under the Affordable Care Act.

Precisely because of these limitations, however, the premiums are typically a lot cheaper than those for ACA-compliant coverage. In the fourth quarter of 2016, the average monthly premium a shopper would pay for a short-term plan sold through online insurance vendor ehealth.com was $124, compared with $393 for someone who bought a regular Obamacare plan and didn’t qualify for premium subsidies.

When the health law passed, insurers increasingly began offering short-term plans that stretched the definition of “short,” sometimes providing coverage for as long as 364 days.

“Carriers were exploiting a loophole in the law that defined a health insurance plan as one that was 365 days,” said Sabrina Corlette, a research professor at Georgetown University’s Center on Health Insurance Reforms. “If they were shorter they didn’t have to comply with ACA protections.”

Short-term plans serve a tiny but growing proportion of the roughly 22 million people who have coverage on the individual market. At the end of 2013, before the health law’s major reforms took effect, there were approximately 108,800 people covered by these policies, which earned premiums of $97.5 million, according to figures from the National Association of Insurance Commissioners. Two years later, roughly 148,100 people had short-term plans and premium earnings have grown to $160.5 million.

“These short-term plans are not regulated like Obamacare plans, so carriers have a lot of flexibility in benefits and pricing,” said Sam Gibbs, Agile’s executive director. “It’s almost like the old individual market before the ACA.”

And that’s just the problem, said some policy experts. 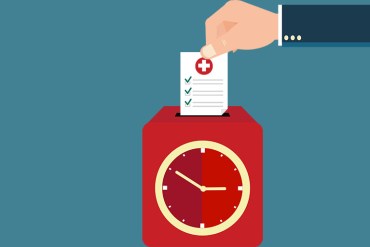 “To many consumers it looks like health insurance, except it’s cheaper,” said Karen Pollitz, a senior fellow at the Kaiser Family Foundation. But the plans don’t protect people when unforeseen events occur such as a car accident or a cancer diagnosis. With a short-term plan, if you get sick or you’re in the hospital when your plan comes up for renewal, “it won’t be renewed,” Pollitz said. (KHN is an editorially independent program of the foundation.)

Not all insurers embrace widespread sale of short-term plans. “The big health insurance companies are really mixed on this,” said Timothy Jost, emeritus professor at Washington and Lee University School of Law and an expert on the health law. “They see this as a seriously destabilizing force in the market, this crap coverage.”

Last October, the Obama administration issued a final rule that would make it more difficult for consumers to buy short-term plans to substitute for regular Obamacare plans. The regulation, which takes effect April 1, said short-term plans must be less than three months in duration. People can request a renewal of the policies, but insurers can turn them down. The policies and related materials also have to prominently display a warning that they don’t satisfy the law’s requirement that people have health insurance.

Some hope that the rule may be changed or rescinded by the Trump administration or overturned by the new Congress under the little-used Congressional Review Act. Neither option can happen at the stroke of a pen, however.

Health insurance brokers and agents are one group that would like to continue to sell longer term short-term plans.

“Our folks do a lot of business with short-term plans,” said Marcy Buckner, vice president of government affairs at the National Association of Health Underwriters, an industry group. The regulation is one that the group will request that the Trump administration rescind.

“In most areas [a short-term plan] is cheaper, and it’s some consumers’ way of saying, ‘I don’t need all of those things,’” said Buckner.