For every dollar spent on treating depression, almost five dollars is spent on the treatment and workplace costs of related medical conditions like back and chest pain, sleep disorders and migraines – placing a greater financial burden on businesses and the health care system, according to new research measuring the economic impact of depression.

“The fact that they’re finding such greater costs with all these different [related conditions] underscores how the fragmented system is not helpful for our economy because people with mental illness are not getting the rounded health care they need,” said Lynn Bufka, assistant executive director of practice research and policy at the American Psychological Association, who was not affiliated with the study. 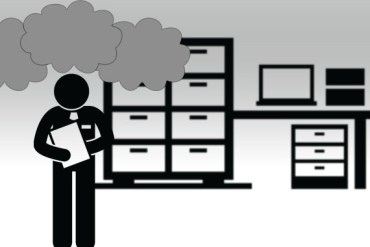 Among the study’s findings was that the total cost to the U.S. economy of major depressive disorder – a condition that results in having persistent depressive episodes – rose from $173.2 billion in 2005 to $210 billion in 2010, a 21.5 percent increase. About half of that is for direct treatment and suicide-related services, but the rest is workplace costs. The rise is partially accounted for by the increase in population, but also because depression is being diagnosed and treated more often. The incidence of major depressive disorder rose during this time period from 6.4 percent of the population to 6.8 percent.

In addition, some of this growth might have been caused by the nation’s 2008 economic downturn and tight job market, factors that combined to make it harder for those suffering from depression to retain their jobs and even more difficult for those with this condition who are job seekers to find work, according to Paul Greenberg, a study author and director of health economics at the Analysis Group, a consulting firm in Boston.

Meanwhile, the study also examined how depression plays out in the workplace.

Mental health experts and economists have long known that someone’s depression can have a significant cost on the workplace, Greenberg said.

For example, the study found that the average worker who had major depression disorder lost the productivity of about 32 workdays a year due to what’s known as “presenteeism.” That is a term for when an employee is at work but not completing daily tasks and responsibilities.

Experts say that, though this loss in productivity highlights the economic toll mental health issues have on the work place, small and medium-sized employers may not have the knowledge or tools to improve the situation.

“While employers suspect depression will lead to greater absenteeism, I’m not sure they know how to judge what effect it’s having on their business,” said Paul Gionfriddo, president of Mental Health America, an advocacy group. “It’s really hard for businesses that are small to medium that account for so much employment to say, ‘this is why this guy is less productive and here’s what I can do about it.’”

Greenberg said, though, that changes in health coverage may alter this landscape. For example, more people gaining health care coverage through the health law and other efforts to integrate mental and medical care could provide more care for people with depression and lessen the workplace burden.

Robert Roca, chairman of the American Psychiatric Association’s council on geriatric psychiatry, says the gradual integration of mental health care into primary care means more people may be diagnosed early and treated. “The ACA sets the stage for this kind of integration effort, and I’m optimistic that we’ll see benefit down the road,” said Roca, who was not affiliated with this study.

The research was published in the February edition of the Journal of Clinical Psychiatry and used data from adults 18 to 64 diagnosed with major depressive disorder in 2005 or 2010 from an OptumHealth claims database and from the National Survey on Drug Use and Health.