A health law insurance program that was expected to boost consumer choice and competition on the marketplaces has slipped off course and is so far failing to meet expectations.

Since just a few insurers, or sometimes just one, dominate the market for individuals and small businesses in some states, the law sought to increase competition in those areas by calling for  “multi-state” health plans that would be offered by some insurers. The law required that at least two multi-state plans be available to consumers in 31 states by 2014 and in all states by 2017, but it doesn’t require insurers to offer the plans and most so far have opted not to. Federal officials and insurance experts say it is unlikely that the 2017 goal will be met. 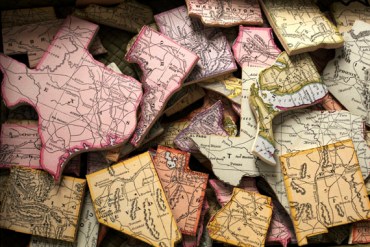 “Conceptually, the idea just didn’t have legs,” says Linda Blumberg, a senior fellow at The Health Policy Center at the Urban Institute. “It’s too hard to find an insurer who could suddenly compete across the breadth of states and do better on rates than existing insurers.”

The multi-state plan program’s halting start threatens to undermine one of the key tenets of the health law: that boosting competition in the individual market will lead to lower premiums and better coverage. It doesn’t help that health insurance co-ops are shutting down in a dozen states. Of the roughly 9 million people who are covered through the health insurance marketplaces, only 480,000 have multi-state plans.

Multi-state plans are similar in many ways to the other plans offered on the health insurance marketplaces. Insurers that offer multi-state plans must cover the so-called essential health benefits and follow the same federal rules for setting premiums, among other things.

The Office Of Personnel Management, which oversees the Federal Employee Health Benefit Program (FEHB) and has experience with insurers that offer plans in more than one region, was designated by the law to oversee the multi-state plan program.

An ongoing source of consumer confusion is the name: Multi-state plans don’t necessarily offer a national network of providers or in-network coverage away from home, except in emergencies. Some plans do, but consumers need to check the plan documents for network coverage just as they would with any plan.

An OPM spokesperson said the agency doesn’t anticipate having a multi-state option available in every state by the 2017 deadline.

“OPM does not have the authority to compel any issuer to participate in the [multi-state plan] program,” said a spokesperson by email. “We are hopeful that there will be at least one new issuer or group of issuers participating in the MSP program in 2017.”

The program’s origin is fuzzy. Some say it was created as an alternative to the “public option,” a proposed public health plan run by the federal government that won the support of many consumer advocates but ended up on the cutting room floor during the health law debate. Others say it was an alternative to allowing insurers to sell coverage nationally across state lines, a strategy long favored by Republicans who believe it would encourage competition.

Whatever its beginnings, health policy analysts generally agree that given the way the health insurance markets work, there’s little reason to expect the multi-state plan program to succeed.

In order to offer health plans in multiple states, if an insurer doesn’t already have a network of doctors, hospitals and other providers in a state or region it has to build one, which is no easy task.

“If issuers don’t have a provider network already, they’re not going to be able to get market share,” says the Urban Institute’s Blumberg.

On the other hand, insurers that have a provider network in place in a state or region are generally already selling plans there, and “they don’t want to compete against themselves,” Blumberg says.

An analysis of health plans sold on the marketplaces in 2015 by consultant Avalere Health shows what happened when the Blues’ multi-state and regular individual plans went head-to-head in the marketplaces. Average premiums at the bronze, silver and gold levels for the Blues’ multi-state plans were all higher than average premiums for regular individual Blues plans at those metal levels (there were no platinum multi-state plans offered). For example, average monthly premiums for the most popular silver plans, which pay 70 percent of medical costs, were $447 for the regular Blues plans and $483 for the multi-state Blues plans.

“Because the multi-state plans are always priced higher, they’re not really increasing competition,” says Caroline Pearson, a senior vice president at Avalere. “They’re potentially providing a modicum of consumer choice. But they’re not injecting competition into the market.”

It’s unclear why multi-state plans offered by the Blues or co-ops are pricier than their regular individual plan options on a marketplace, say experts. The plans are often similar in design. In fact, it may be hard for consumers to tell them apart.

“I think they’re confusing for people,” says Sabrina Corlette, research professor at Georgetown University’s Center On Health Insurance Reforms.  “People think they’re getting a broad national network, but they’re not. I don’t think the plans add a lot of value.”

Despite Hopes Of Health Law Advocates, ‘Multi-State’ Health Plans Unavailable In Many States