Bashing insurance companies may be a popular pastime, but a poll released Thursday found most people were satisfied with their choices of doctors and even thought the cost of their health coverage was reasonable.

The Kaiser Family Foundation poll revealed that 71 percent of insured adults younger than 65 considered the health care services they receive to be either “excellent” or “good” values. (KHN is an editorially independent program of the foundation.) A majority — 61 percent — said their insurance plan was either excellent or good, given its cost.

While many insurance plans are limiting the networks of doctors and hospitals to restrain prices, the survey found that a majority of people didn’t mind. Fifty-four percent of insured adults younger than 65 said they were “very satisfied” with their selection of doctors. Another 34 percent said they were “somewhat satisfied.” Only 12 percent said they had to change doctors because they were not covered by their insurance plan.

People lacking insurance — frequently because they found it too expensive — were less pleased with the value of their health care services. Forty-eight percent considered those services to be “only a fair” or “poor” value: nearly double the percentage of those with coverage who thought their care wasn’t worth the money.

The poll found health care was not a top priority for voters in the upcoming presidential election. Only 6 percent of registered voters considered the cost of health care and insurance to be the most important factor in their presidential choice, fewer than those who were focused on the economy and jobs, terrorism or gun control.

Twenty-eight percent did say health care costs would be “extremely important” in determining who they would vote for. About the same number expressed similar concern about gun control, the situation in Iraq and Syria, and dissatisfaction with government. 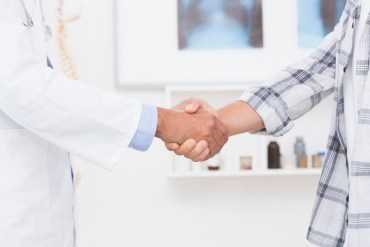 Just 4 percent ranked the 2010 health care law as their highest concern — fewer than those who were focused on the economy and jobs, terrorism, dissatisfaction with government or gun control. Republican candidates have been promising to repeal the law if elected president.

The poll tested voter interest in a major proposal by Sen. Bernie Sanders (I-Vt.) in the Democratic presidential primary to create a national health care program similar to Medicare that would insure everyone. The poll reported that 54 percent of voters said this was a very important factor in their presidential decision.

A foundation survey from last month found 81 percent of Democrats favored the approach, sometimes called “Medicare for all” or single-payer, while 63 percent of Republicans opposed it. Independents were roughly split. That survey did not include the costs of the program in the questioning, however. The expense was the primary reason Sanders’ home state of Vermont abandoned its own version of a single-payer plan last year.

Despite Kvetching, Most Consumers Satisfied With Health Plans: Poll