Twenty-eight percent of ex-inmates with drug-use disorders were without health coverage in 2014, down from about 38 percent in the years before that, according to researchers at the Johns Hopkins Bloomberg School of Public Health. The study was published June 6 in Health Affairs, an academic journal.

The findings reflect the Affordable Care Act’s expansion of Medicaid coverage in most states, while at the same time highlighting barriers to drug treatment even when patients have a way to pay for it, authorities said.

“Once you provide coverage, it will take time for the services to be available on the street for folks,” said Steven Rosenberg, president of Community Oriented Correctional Health Services, a California-based nonprofit that works with ex-inmates. “One would not expect an immediate turnaround.” Rosenberg wasn’t involved in the research.

More than a third of adults in prison and jail are believed to have drug-use problems. Advocates have long argued that connecting them with medical coverage and treatment could reduce addiction as well as crime rates and recidivism.

The health law was seen as an unprecedented opportunity to do so because it lets states include almost all low-income adults in Medicaid while paying for it primarily with federal dollars. Previously Medicaid programs typically covered pregnant women, children and disabled people. 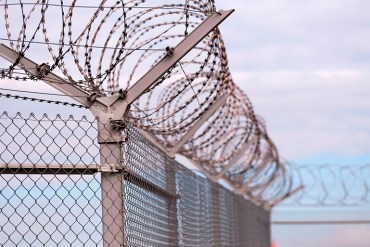 As many as 90 percent of prison and jail inmates now potentially qualify for Medicaid in the 31 states that opted to expand the program, according to some estimates.

The study relied on a national government survey on drug use and health. Ex-inmates were defined as those arrested and booked or on parole or probation in the previous year.

What caused the decline in the number of ex-inmates with drug issues who lacked coverage? Mainly an increase in Medicaid membership, from 21 percent of that group to 30 percent, the study said.

More coverage by the Medicare program for the elderly also helped bring down the non-insured rate among that group. That could partly be explained by the aging of the prison population, researchers said.

“There’s a lot of people now who are newly insured,” said Brendan Saloner, an assistant professor at the Bloomberg School who was the lead author. “It kind of changes the market for substance disorder treatment.”

But only so far. Drug-treatment rates for ex-inmates “did not change significantly” from about 30 percent before and after Medicaid expanded, the study said.

Several factors might explain that, including a shortage of treatment capacity and difficulty in navigating a complex medical system for ex-inmates preoccupied by finding shelter and employment.

“Providing an insurance card isn’t enough to ensure access to treatment,” said Samantha Artiga, who studies Medicaid and care disparities for the Kaiser Family Foundation. “There may be a health literacy aspect to this as well.” (Kaiser Health News is an editorially independent program of the foundation.)

Restrictions on residential drug-treatment facilities and doctors’ ability to prescribe methadone and buprenorphine (substitutes for heroin) are widely agreed to have barred many users from treatment even as overdose deaths rise.

Changing that “is not going to happen overnight,” Saloner said. “Building capacity is more than just money. There’s going to be long-term workforce investment that has to happen, and there are things that need to happen on the regulation side.”

Inmates are generally ineligible for Medicaid while in jail or prison. Enrolling them as they leave, however, is seen as the best way to put a group with high rates of illness into coverage.

But even the insurance expansion for ex-prisoners shown by the study isn’t what it could be, researchers said. For one thing, it may have undercounted ex-inmates because it didn’t include the homeless.

And of the released prisoners who were counted, more than a fourth still lacked coverage in 2014.

That’s partly a result of many states not expanding Medicaid. But even in expansion states, efforts to put emerging prisoners in Medicaid have been hindered by complex signup procedures and not enough enrollment specialists.

“The criminal justice-involved population is going to have lower rates of insurance because it’s simply harder for them to work through the bureaucracy” of enrollment, said Kamala Mallik-Kane, a researcher at the Urban Institute who studies health care and prisoner re-entry. “The process of getting them back on benefits when they’re released is very bumpy.”