As the country has struggled to raise the debt ceiling, there have been periodic expectations that the current fiscal distress would produce the “right environment” to finally reform entitlements — particularly Medicare. This has seemed quite astounding to me, 15 months before a presidential election year, given the presence of a divided Congress and our highly charged political environment. And, while the weight of this expectation now falls to a congressional panel, which will be created as part of the debt-ceiling compromise and charged with recommending by late November spending reductions totaling more than a trillion dollars, the need to reform Medicare is no less important, both as a strategy to reduce the debt as well as to strengthen the program for future generations. 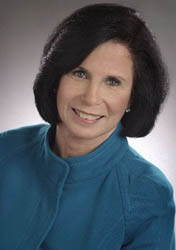 Even in this context, though, getting politicians and the public to engage seriously in discussing Medicare reform won’t be easy.

As important as entitlements may be to ultimately resolving the debt and deficit challenges, it’s critical to remember that the need to put Medicare on a fiscally sustainable path predates the current fiscal environment. The biggest problem in Medicare is the same as it is for all of health care — spending that has been growing two to two-and-a-half percentage points faster than the economy. The retirement of the baby boomers, which officially started last January, will increase the number of people on Medicare from the current 44 million to around 78 million and will produce added stress.

To be sure, figuring out a way to slow spending on Medicare has been a part of the Medicare program almost from its very beginning. The general strategy has been to place all of the pressure on providers, primarily by controlling their payments. But through the program’s history, this emphasis has not provided a sustained ability to control costs. Nonetheless, it appears that, as part of the debt deal, payments to providers will again likely be among the principal sources of savings.
To a lesser extent, Medicare has also tried to slow spending by changing the incentives embedded in its reimbursement structure.

The Affordable Care Act, for instance, seemed to follow this model. The health law makes some limited attempts to change provider incentives such as the provisions for value-based purchasing, accountable care organizations and other yet-to-be developed projects that will be funded by the Center for Medicare and Medicaid Innovation.

But the measure also introduced a “fail-safe” mechanism to enforce spending reductions — the Independent Payment Advisory Board. This panel will be responsible for making recommendations to the Congress for reductions needed to produce the spending rates established for Medicare. In keeping with the past exclusive focus on providers, the IPAB’s recommendations are limited to changes in provider reimbursement and cannot consider changes in benefits or eligibility.

The question of whether to involve Medicare beneficiaries more directly in strategies that slow spending is being discussed more explicitly than it has been in the past. This is the rationale underlying the premium support proposal included in the Dominici-Rivlin Debt Reduction Task Force recommendations, where a variety of private plans would be offered to seniors along with traditional Medicare, with a fixed subsidy from the government to purchase a plan. It was included in the more controversial proposal by House Budget Committee Chairman Paul Ryan, R-Wis., that would limit the choices to private plans. It is also the motivation that underlies proposals to limit or ban first dollar wrap-around insurance to traditional Medicare.

Congress has previously shied away from encouraging seniors to be concerned about the cost of Medicare-covered services — especially the vast majority with supplementary insurance. Whether the continuing need to slow spending or the failure to achieve desired spending rates by only focusing on providers will encourage the Congress to move in this direction is not yet clear.

Slowing spending is not the only issue that will need to be considered to ensure Medicare solvency. Increasing the eligibility age, as was being considered early in the debt reduction talks, reducing benefits for higher income beneficiaries or modifying Medicare’s funding sources are all likely to be up for discussion. All of these decisions will be challenging for the country and the Congress to consider.

Gail Wilensky, Ph.D., is a senior fellow at Project HOPE. She was the administrator of the Health Care Financing Administration (now the Centers for Medicare and Medicaid Services) during the George H.W. Bush Administration and the chair of MedPAC.