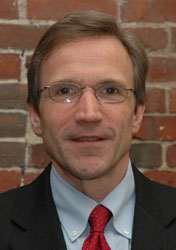 On July 12, dozens of lawmakers, municipal leaders, community groups and union officials stood together and watched as Massachusetts Gov. Deval Patrick signed a new law reforming the way that cities and towns design health insurance plans for their employees.

As local governments across the country continue to confront the harsh political and fiscal issues of spiraling employee and retiree health costs, the story of how this law came to be is worth examining.

The Bay State’s new law will enable its cities and towns to save as much as $100 million a year by allowing localities to change the design of their employee and retiree health plans, mostly by setting co-payments and deductibles to match those offered in the plans that the Massachusetts state government provides to state workers and retirees.

The law capped a seven-year effort by local government officials to convince state leaders to give local jurisdictions the same authority as the state has to control health care costs.

For example, until July 12, state law required cities and towns to get the affirmative approval of every municipal and school union before making any change to the design of local health plans. This meant that in order to change an office visit co-payment from $5 to $10, municipal managers had to negotiate with every union. In most cases, unions simply said no, or demanded other wage or benefit concessions that absorbed all of the savings.

In contrast, state government, acting through a commission controlled by the governor, had (and still has) the unilateral power to change plan design at will. Over the years, state officials routinely increased co-payments and deductibles in order to hold down costs, but denied the same power to local officials.

This double standard had significant local budget implications. A study released earlier this year by the Massachusetts Taxpayers Foundation and the Boston Foundation reported that the average municipal health plan had an $11 office visit co-payment, while the same co-payment for the state employee plan was $20. Deductibles in the plans for state workers stood at $250 for individual plans and $750 for family plans, while municipal plans had no deductibles.

The study demonstrated how the status quo had been driving local costs up to unaffordable levels. The average city or town was paying 37 percent more for health insurance than the state and private sector employers. Over the past decade, health benefits had grown from 6 or 7 percent of local budgets to as much as 15 percent.

For years local officials had been pushing hard for reform, but always hit a stone wall at the state capitol, where unions exercised extensive political influence. This year, the dynamic was again present, and comparisons were made to the efforts of state leaders in Wisconsin and Ohio to strip unions of much of their power. At times, the rhetoric in Massachusetts was extraordinary, with stern protests by labor officials, and huge pressure on legislators and the governor.

In truth, the legislation was as far away from Wisconsin and Ohio as Pluto is from the sun. Even after the passage of the measure, municipal unions continue to have greater bargaining power over health insurance matters than state employees.

Fortunately, the speaker of the Massachusetts House, Robert DeLeo, a working class Democrat committed to a pro-jobs agenda, forged a strong reform measure, which the House passed in April. Rising health costs had been forcing local officials to lay off hundreds of teachers, police officers, firefighters and other employees, and DeLeo supported the measure to protect and restore the jobs of valuable public workers throughout the state.

Recognizing that the status quo was unsustainable, the Senate and the governor worked with the House to agree on a final plan that included a 30-day negotiation period and a state review process that would double-check municipal actions to ensure that benefits would match the state-employee benchmark for co-pays and deductibles, and ensure that communities had temporary mitigation plans in place to assist workers and retirees most impacted, funded by up to 25 percent of the savings achieved in the first year.

The compromise, which is now law, was a strong reform that removes health insurance plan design decision-making from collective bargaining while providing a voice for municipal unions in the process. Cities and towns will be able to use the law to provide relief for local taxpayers, protect essential services and preserve thousands of municipal jobs.

Many will say that Massachusetts demonstrated reasonableness and moderation, rejecting the militant anti-union policies of Wisconsin and Ohio. This is certainly accurate.

Geoffrey C. Beckwith is the executive director of the Massachusetts Municipal Association. He can be reached at gbeckwith@mma.org.