When the Utah Health Exchange was established in 2008, health care reform was barely a consideration to most Washington politicians and the Affordable Care Act hadn’t seen the light of day. Today, the Exchange remains ahead of the curve, and is enrolling and servicing Utahns while the federal plan remains in the planning stages. While we have seen much success since the Exchange’s hard launch for group plans with effective dates at the start of last year, we have also confronted several challenges on both the state and federal levels. 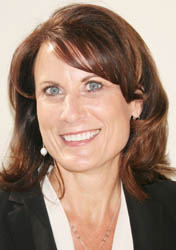 First of all, the Utah Health Exchange is operational. Over the past few years, we have built a working exchange solution that effectively connects Utahns to the health care they need. We have worked with our participating insurance carriers to build an approach that works for them and for the state’s citizens. Our work has proceeded with an eye toward 2014 — when the health law’s insurance coverage expansions kick in– in order to evaluate the changing Medicaid requirements and how they apply to the Exchange.

However, our successes have been tempered by several factors. The wait for the Supreme Court’s decision on the ACA’s constitutionality is a major impediment. Like other states, until we in Utah know whether the law is valid, we cannot make long-term decisions with total confidence. The fight against the ACA is just, but we are feeling the fight’s effects and will continue to feel them until the Supreme Court issues its ruling.

Read about other states’ efforts to create health exchanges:

Funding is a constant issue, as it is with any organization. We have taken a frugal approach to building our Exchange, choosing to make do with small state appropriations and the $1 million federal planning grant that was given to Utah and 47 other states. We have worked to use existing technology to the greatest extent possible and have employed private sector partners to build a true market-based solution.

Although funding constraints challenge the Exchange’s growth, a more significant burden lies with the federal government’s dripping-faucet guidance. In effect, the Utah Health Exchange — like all other states attempting to implement an exchange solution — is working blindfolded. We know what we need to achieve, but we can’t see the way the feds want us to get there.

In Utah, we have been working on our exchange for several years. We have benefitted from institutional momentum and our position as the vanguard of exchange-based health reform. We have been able to build a functioning health care solution for the people of Utah, but now must integrate it with a largely nonexistent national system without knowing what that national system might eventually be.

While we await the outcome of the Supreme Court’s review of the Affordable Care Act and improved guidance from the federal government, the Utah Health Exchange has been working with private sector partners to determine a future course of action. We recently completed a “blueprinting” project with consulting firm Cognosante that will be instrumental in implementing the next phase of the Exchange.

Similar to an architectural blueprint, Cognosante’s blueprint inventoried our existing technology, projected future system needs and identified the systems we would need to fill in the gaps between the present and the future. The blueprint shows how the next iteration of Utah’s solution — we call it Exchange 2.0 — may connect with the current version of the federal program.

Patty Conner is the director of the Utah Health Exchange.

Utah’s Health Exchange: Running, But Waiting For The Court’s Decision