More than 10,000 baby boomers turn 65 each day — that’s one every eight seconds, a pattern expected to continue until 2029. As these baby boomers age, one of out of eight of them will develop Alzheimer’s — a devastating, costly, heartbreaking disease. It is time for a national strategic plan to address this disease, which today is the sixth leading cause of death and the only one among the top 10 causes without a way to cure, prevent or even slow its progression. And Alzheimer’s doesn’t just impact the individual, it also touches families — nearly 15 million individuals are caring for a loved one with the disease. 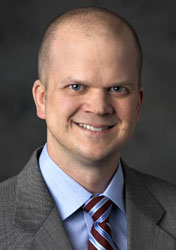 The estimated 5.4 million Americans living with Alzheimer’s will climb to as many as 16 million by midcentury if we don’t have a national strategic plan that, when implemented, will change the trajectory of the disease.

While the number of lives impacted is staggering, the fiscal impact is significant as well. Alzheimer’s costs the nation $183 billion and will soar to $1 trillion by midcentury — if we don’t stop it today. From now to 2050, Medicare costs will increase nearly 600 percent and Medicaid nearly 400 percent, without action today. Alzheimer’s simply can’t wait.

More than a year ago, the Alzheimer’s Association and its advocates applauded the unanimous, bipartisan passage of the National Alzheimer’s Project Act in both houses of Congress and its enactment when signed into law by President Barack Obama. Earlier this month, the Department of Health and Human Services released a “Draft Framework for the National Plan to Address Alzheimer’s,” outlining the issues that should be addressed in the nation’s first ever strategic plan. Shortly after, the Advisory Council on Alzheimer’s, Research, Care and Services met to discuss that initial framework as well as the recommendations the advisory council has developed for HHS Secretary Kathleen Sebelius’ consideration.

The Alzheimer’s Association is encouraged by these continued steps in the passage and, now, implementation of this measure. The administration has created what stands as a historic opportunity to strengthen the federal government’s efforts to overcome Alzheimer’s.

But the stakes are high. A weak plan would risk locking the country into a status quo approach that is wholly inadequate measured against the scale of the crisis. In input sessions that the association held across the country this past year, more than 40,000 participants urged the administration to issue a strong, comprehensive plan.

Within the next month we expect the release of the first draft of the National Alzheimer’s Plan and, with it, a clear indication as to whether we remain on track toward reaching new footing in our fight against this disease. The Alzheimer’s Association anticipates this first draft will be strong, specific and backed by a call for the appropriate resources to ensure its successful implementation.

Robert Egge is the Alzheimer’s Association vice president of public policy. To learn more about the National Alzheimer’s Plan and its development, visit alz.org/napa.