It’s been six years since Massachusetts put in place its own sweeping set of health reforms designed to expand access to health care. Today, more than 98 percent of residents are covered.

Now public officials and the major stakeholders — hospitals, insurers, doctors and consumer advocates — are debating the best ways to control rising health care costs and insurance premiums. It’s been more than a year since Gov. Deval Patrick, a Democrat, unveiled health care cost containment legislation designed to radically change how health care is paid for and provided. Instead of a system built on doctors and hospitals billing separately for each and every service they provide, the governor’s plan would encourage them to coordinate care and accept “global payments” — a set amount of money to tend to all of a patient’s needs. Among other things, the plan calls for the formation of “accountable care organizations,” integrated systems that the federal health overhaul law also is promoting in the Medicare program.

Patrick has said he expects the legislature to approve a bill by the summer, but getting all the players to agree has been difficult because of the huge financial stakes. Insurers are gung ho about containing health care costs that help drive up premiums, but hospitals say the burden shouldn’t fall entirely on them because they don’t control all the drivers of rising prices. Consumer advocates, for their part, want to make sure a new payment and delivery system takes into account the special problems and costs of people with disabilities and chronic illness.

With the state law’s anniversary this week and the cost-control legislation still percolating in the statehouse, Kaiser Health News asked the governor, as well as Massachusetts Hospital Association President Lynn Nicholas, Massachusetts’ Health Care For All’s Paul Williams and Massachusetts Medical Society’s Lynda Young about their views on what’s been accomplished in the past six years and their take on how the state might tackle this next wave of policy challenges. (The Massachusetts Association of Health Plans did not respond to invitations to comment.) Their perspectives follow. 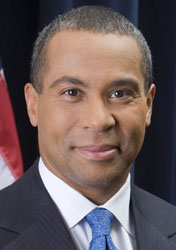 Massachusetts On Track To ‘Crack The Code’ For Health Care Cost Control
Mass. Gov. Deval Patrick explains his reasons for confronting the challenges of controlling health care costs and overhauling the payment system. “There are a number of strategies we are pursuing,” he writes, “including putting an end to the ‘fee-for-service’ model wherever practicable — to stop paying for the amount of care and start paying instead for the quality of care. … Our goal is for integrated, cost-efficient caregiving to predominate throughout Massachusetts by 2015. This is a complex challenge, but we are making great progress… and will be successful in the end.” Read his commentary. 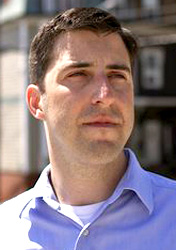 The Next Move: Overhauling Payment Practices
Health Care for All’s Paul Williams outlines the considerations that are crucial to ensuring that, as cost control and payment issues are addressed, patient care is enhanced, and the most vulnerable are protected. “Massachusetts is proud to have provided a template and test bed for reforms that became part of the Affordable Care Act. As the state is poised to continue down the health reform road, consumers will be active to make sure reforms lead to better, more affordable care,” he writes. Read his commentary. 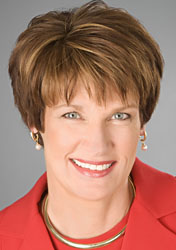 On The Right Path
Offering the hospital industry’s view, Lynn Nicholas examines the next set of health reform challenges the state will confront. In the context of payment reform, the government should be wary of over-reaching in regard to the regulation of provider reimbursement rates. “State and federal governments already dictate more than half of the reimbursements that hospitals receive,” Nicholas says. “Empowering government to rule over private market rates will make matters worse.” Read her commentary. 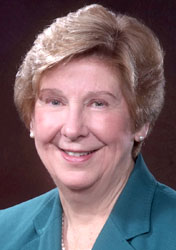 A View From The Front Lines
Dr. Lynda Young describes how the practice of medicine has changed in the six years since the state’s health reforms took effect and how issues of health care costs continue to be an everyday concern. “While some commentators may be surprised that our health care system is still standing, I can assure you that things here are going reasonably well,” Young says. “Nonetheless, life has changed since the law took effect in October 2006 for those who provide care, those who receive it and those who pay for it.” Read her commentary.