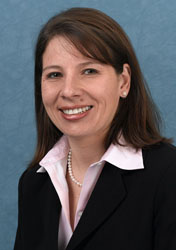 If the goal is producing $1.2 trillion to $1.5 trillion in 10-year savings, the Joint Select Committee on Deficit Reduction must think big and produce recommendations with real substance. Nothing could be truer than dealing with the health care savings component.

Typically, these negotiations are so focused on reaching the savings target that the policy gets neglected, or worse hijacked in the wrong direction. One only needs to look at the 1997 Balanced Budget Act to see this in action. Yes, a Republican Congress and Democratic administration were able to join hands and claim victory — the federal budget was balanced!

However, alongside this short-lived budget victory were a slew of health care policy changes that undermined conservative, free-market health care solutions. Most notably, one such change established a new health care entitlement program: SCHIP; and another advanced draconian cuts to Medicare providers resulting in a permanent “doc fix” dilemma. Even the so-called conservative “wins” that resulted — Medicare+Choice and Medical Savings Accounts — were hamstrung by regulation and designed to fail.

This recent history offers an object lesson to the super committee.

But, again, the policy discussion is already getting cloudy. Ideas about adopting more price controls into Medicare — through importing Medicaid-style drug rebates and allowing the federal government to dictate prescription drug prices via “negotiations” — are examples of bad policies being sold as great savers. There are also rumblings to repeal the tax exclusion for employer-sponsored health insurance as a way to raise revenue; rather than replacing the exclusion with more equitable, individual tax relief. Finally, there is the “more-of-the-same” approach, which attempts to squeeze more savings through provider cuts. These do not constitute entitlement reform and, in fact, cause more harm than good.

To avoid these mistakes, the joint committee must focus on savings and structural policy reforms.  The Heritage Foundation’s Saving the American Dream plan offers a comprehensive approach to fix the debt, cut spending and restore prosperity — beginning with repeal of the Affordable Care Act.

The health care law adds to our nation’s fiscal crisis. It expands the failing Medicaid program by adding 17 million to 25 million more Americans on to the hemorrhaging entitlement program. It sets in place a prohibitively costly subsidies scheme that the Congressional Budget Office’s estimates put at $96 billion by 2021. Even worse, the law makes more than $500 billion in Medicare cuts — not to help fill Medicare’s funding gaps, but to pay for the new entitlements from the law.

Even without the health law, government health care entitlements are fueling the country’s fiscal woes. Medicare faces a flood of more than 77 million baby boomers joining the program over the next 20 years. The Medicare trustees’ annual report continues to warn of the program’s unsustainable and unfunded obligations. Meanwhile, Medicaid is draining state budgets, taking more resources away from other important programs such as education and transportation. The federal-state partnership creates perverse incentives to leverage the open-ended federal funding scheme, while at the same time limiting states’ flexibility to manage their programs. CBO estimated Medicare and Medicaid combined already consumed 5.5 percent of the nation’s 2010 gross domestic product.

Finally, the tax treatment of health insurance is in desperate need of structural change. The tax code provides unlimited tax relief to those who obtain health insurance through their workplace, but there is no comparable relief for those without employer-based coverage. But any tax revenue should be used toward extending a more equitably distribution to taxpayers so they can buy their own health coverage, no matter their work status.

The Heritage plan addresses these issues by converting the current open-ended entitlements to a defined contribution system that is accountable to individuals, families and taxpayers. Through a competitive, consumer-based model, health care system can deliver better care at a lower price.

The joint select committee recommendations should be grounded in sound health policies. They should make measurable progress in restructuring the health care system toward a sustainable, consumer-based model — not just meet a fiscal target and call it reform.

Nina Owcharenko is the director of the Center for Health Policy Studies at The Heritage Foundation (www.heritage.org).