The Maryland General Assembly is considering a series of bold initiatives that have been proposed to reduce and eliminate health disparities, especially in our most underserved communities. The recommendations come from a 13-member Health Disparities Workgroup that I chaired at the request of Lieutenant Governor Anthony Brown. The workgroup is a diverse panel of experts in health disparities, physicians and scientists, and leaders in public health, government and business. 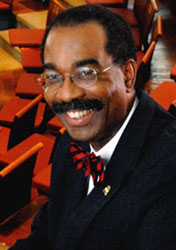 While Maryland has some of the best hospitals and healthcare facilities in the nation, and the third highest median household income, our state continues to have high rates of health disparities and health outcomes. African-American Marylanders, who are almost twice as likely to lack health insurance as white Marylanders, have infant mortality rates that are almost three times higher and an HIV infection rate that is almost 12 times higher than the white population in the state. These disparities pose a serious healthcare and financial challenge. In fact, our data showed that nearly $230 billion in direct medical costs could have been saved from 2003 to 2006 if there were no racial or ethnic health disparities.

Using hospital admission rates as a measure, we identified three major chronic conditions — lung diseases (especially asthma), cardiovascular diseases and diabetes — that involved high rates of health disparities. For hypertension and diabetes, for instance, hospital admission rates were as much as 4.5 times higher for African Americans. The ripple effect of chronic disease accounts for 80 percent of health costs, so the workgroup decided to target these conditions.

The workgroup believes that through the use of tax and other incentives and improvements to data collection and analysis, we can reduce health disparities throughout Maryland. We have recommended the following innovative, targeted strategies to help expand access to care and reduce disparities.

Establish Health Enterprise Zones
Modeled after economic enterprise zones, an urban development tool that was much talked about in the 1980s and 1990s and ultimately put into place at the federal level during the Clinton administration, Health Enterprise Zones (HEZs) should be established in areas with significant health disparities, poor access to primary care and high rates of chronic illness. Primary care physicians would be encouraged to practice in HEZs through a range of incentives to include loan repayment assistance, tax credits and help in installing health information technology. To be eligible, clinicians would have to participate in the Medicaid program and meet voluntary standards for community service. Community-based organizations would apply to create the zones, and proposals with matching funding would be given priority.

Create A Maryland Health Innovation Prize
The Maryland Health Innovation Prize would provide a significant financial reward and public recognition for a new intervention or program that successfully reduces or eliminates healthcare disparities. The goal of the prize is to broaden the scope of community participation and discover new solutions that can be copied and employed throughout the state.

Track Performance Incentive Data By Race And Ethnicity
Healthcare performance data is currently monitored by the Health Services Cost Review Commission and the Maryland Health Care Commission, and that data will soon be used to provide incentive payments to providers based on the results. However, these two programs do not currently track performance by race and ethnicity. The workgroup believes that requiring performance metrics to be analyzed by race and ethnicity will help the state to better identify disparities, and determine whether new incentive programs are required.

Through the use of incentives, education, outreach, technology and innovation, the work group recommendations seek to empower and engage individuals and communities where the greatest disparities exist. It is my firm belief that these strategies can and will have an immediate effect on health and health disparities, reduce healthcare costs and improve the quality of life for all citizens of the state.