Insurers and the Obama administration are testing fixes to healthcare.gov designed to allow insurers and web-based brokers to directly enroll consumers who qualify for subsidies under the health law.

Allowing insurers and online brokers to directly enroll customers in subsidized coverage could be key to signing up the millions of people the government had projected would gain coverage this year — particularly if the glitch-ridden federal site continues to have problems. But so far, some of those same technical difficulties have prevented most insurers and brokers from being able to do that.

Late Friday afternoon, the administration said it had made progress in tweaking the website’s design, and was launching a pilot test of the fixes with insurers in Texas, Ohio and Florida.  If successful, those fixes would roll out to insurers nationwide. 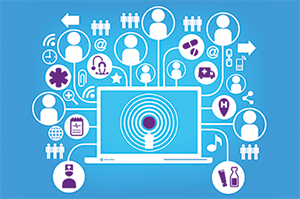 “Some issuers are already doing direct enrollment and many others will soon begin to take advantage of this process,” said administration spokeswoman Julie Bataille.

Some industry experts had expressed skepticism about the government’s ability to make the site work smoothly for most people, and earlier this month had pushed for an alternative that would bypass the most troubled parts of healthcare.gov.

That would “allow us to enroll the backlog of subsidy-hopeful individuals we encounter every day online,” said Gary Lauer, CEO of online brokerage eHealth in a letter sent to the administration in early November.

Industry executives who met with the president last week urged him to resolve the problems preventing them from directly enrolling consumers in subsidized coverage, saying they could be particularly helpful in the 36 states served by the troubled federal website and in states such as Oregon that are running their own websites, but experiencing difficulties. The newly extended deadline for signing up for coverage that takes effect Jan. 1 is Dec. 23.

“If direct enrollment can get up and running, health plans can be unleashed to do what they do best, which is enroll people,” said Robert Zirkelbach, spokesman for the trade group America’s Health Insurance Plans.

Insurers can already directly enroll customers who want a health plan and don’t qualify for a subsidy, which is available for people who earn up to 400 percent of the federal poverty level, or about $46,000 for an individual.

Even though the health law allows direct enrollment, some advocates fear that consumers won’t see the full choice of plans available if they shop on a single insurer’s website, rather than seeing all their choices by going to healthcare.gov, a state-based marketplace or an online brokerage. Online brokerages are required to show shoppers all options available in a region, but insurers are not.

The biggest challenge getting direct enrollment functioning has been linking insurers and brokers with the information they need to determine consumers’ eligibility for subsidies, including their citizenship status and income verification.

The way that is supposed to work in the 36 states served by the federal website is that consumers who start out on an insurer’s or online broker’s website are automatically transferred to healthcare.gov to determine if they qualify for a subsidy, then transferred back once that information is confirmed. Often, that transfer has gotten caught up in the error messages and other difficulties that have plagued the federal website since it opened Oct. 1.

“What they need is a way … to get a subsidy eligibility determination without having to go through the whole healthcare.gov rigmarole,” said Dan Mendelson, CEO of Avalere Health, a Washington D.C.-based consulting firm.

Administration officials said last week that steady improvements are being made to healthcare.gov, and that waiting times and error messages are well below where they were just two weeks ago. They said they also have made progress in fixing systems designed to let insurers directly enroll subsidy-eligible customers.

While those fixes are still being tested, some industry experts say a better solution might be to allow insurers and brokers to directly connect with the “federal data hub,” the portal through which subsidy calculations are made after applicants’ information is cross checked with several government agencies, including the IRS and Homeland Security.

States running their own online marketplaces already use such a direct connection.

Ehealth officials say they have not heard back from the administration, but are now testing the tweaks the administration has made to the existing system. Still, the current design is cumbersome because it transfers applicants from one website to another and is “is not an optimal way to leverage the experience and expertise” of websites like eHealth, said spokesman John Desser, vice president of government affairs.

But a direct connection between the hub and insurers or brokerages isn’t likely to happen because of security concerns, said Dan Schuyler, a director with Leavitt Partners, a Salt Lake City-based consulting firm advising states about their online marketplaces.

“They’re not going to let carriers or web brokers have direct access,” said Schuyler. “From a security and privacy perspective, it would be an administrative nightmare.”