The nation’s top physician groups told White House officials Tuesday they are worried about what consumers will encounter after Jan. 1, when millions are expected to gain coverage under the Affordable Care Act. 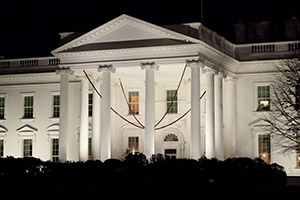 The groups expressed worries that patients may unknowingly be signing up for “narrow network” plans that don’t include their current physician or local hospital, said Bob Doherty, a senior vice president for the American College of Physicians.

They’re also concerned about people who switch coverage while in the middle of treatments for cancer and other serious illnesses, which may force them to change providers or prescription drugs.

While the meeting was not focused on problems with healthcare.gov, some physicians groups did note that the federal portal and other state insurance sites do not make it easy to find out which doctors are in which health plans, Doherty said.

In the hour-long meeting with White House health care advisors Chris Jennings and Jeanne Lambrew, the groups also stressed the need for a permanent change to the Medicare reimbursement formula for doctors, known as Sustainable Growth Rate, or SGR, to avert the annual threat of deep pay cuts to doctors. They also asked to extend the law’s two-year Medicaid pay raise to primary care doctors beyond 2014.

Doherty said the administration officials listened to their concerns. “This was not viewed as a PR exercise,” Doherty said.