Offering a first glimpse of the health care needs of Americans who bought coverage through federal and state marketplaces, an analysis of the first two months of claims data shows the new enrollees are more likely to use expensive specialty drugs to treat conditions like HIV/AIDS and hepatitis C than those with job-based insurance.

The sample of claims data – considered a preliminary look at whether new enrollees are sicker-than-average  – also found that prescriptions for treating pain, seizures and depression are also proportionally higher in exchange plans, according to Express Scripts, one of the nation’s largest pharmacy benefit management companies. 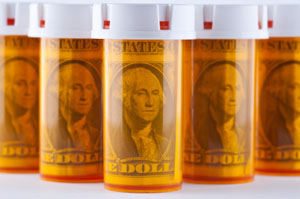 Whether that trend holds true across all insurers – and continues to be the case with the millions who signed up after the first two months of the year – will answer one of the biggest questions facing insurers and proponents of the health law:  What is the proportion of sick versus healthy enrollees? The answer is key to whether premiums rise in coming years because insurers need a large number of healthy enrollees to offset the costs of treating the sick.

Experts caution that the findings are limited to two months’ data and don’t reflect the surge in enrollment which occurred in March and April.

“This is a snapshot of the population early on,” said Julie Huppert, Express Scripts’ vice president of health care reform. “The hope is the young and healthy come into the system in the later weeks of the enrollment period.”

In the past, people with health problems were often unable to buy coverage in the individual market, or were charged prohibitive rates – practices barred under the health law.

As a result, insurers anticipated a sicker-than-average group enrolling the first year and built that assumption into this year’s premiums. But if they guessed wrong – and costs are higher – that could push up next year’s rates.  If costs are lower, some might have to give rebates to consumers, under a provision in the health law requiring insurers to spend at least 80 percent of premiums on medical care.

“We all expected that the people who signed up by January and February would be a lot sicker than anyone else,” said Robert Lazsewski, a consultant to the insurance industry.

The consensus among insurers, he said, is that “it will be a year before we know what we’ve got.”

The St. Louis, Mo.-based firm analyzed more than 650,000 claims filed in January and February with 25 insurers, and compared them to claims filed by a subset of employer-based plans that Express Scripts oversees.  The analysis was based on total drug spending, including the portion paid by insurers and patients.

The findings, released Wednesday, bolster the assumption that the sick were more motivated to endure the hassles of the websites’ troubled launch than others.

“One has to be cautious in interpreting these results,” said Dan Mendelson, founder and chief executive of Avalere Health, a private consulting firm in Washington, D.C. “There was a rush of young, relatively healthy people who signed up in March and April]. Having said that, it seems to imply that if you have HIV, you will sign up for this benefit.”

While there are many caveats about interpreting the results – including that the job-based plans used as a comparison may have different drug coverage – the study found that on the exchange plans:

-More than 6 in every 1,000 prescriptions were for an HIV drug, a rate four times that of employer plans.

-HIV/AIDS drugs Atripla and Truvada ranked in the top 10 for total amounts spent on drugs but did not hit the top 10 in spending among the comparison group.

-Sovaldi, an $84,000 treatment approved in December to treat hepatitis C, came in second for total spending, while it ranked No. 8 in the comparison group.

A definitive answer about whether claims will continue higher won’t be known for many months. But in most states, insurers have to submit premium rates for next year before the end of June. They are analyzing their own claims data, not just for drugs, but also for other medical care, including hospitalizations, which represent a larger share of spending. Most insurers won’t have a full picture because many new enrollees signed up in late March and early April, and their coverage doesn’t start until May 1.

“They will be operating on imperfect information and data like this will be one piece of the puzzle,” said Larry Levitt, a senior vice president with the Kaiser Family Foundation, a nonpartisan research and education group. (KHN is an editorially independent program of the foundation.) “There are clearly some people with expensive conditions enrolled, but it’s not clear yet what proportion they represent.”