Advocates of the Children’s Health Insurance Program cheered Thursday when President Obama’s choice to head the Department of Health and Human Services said she supports continued funding for the program, which covers about  8 million low-income children whose families’ income exceeds Medicaid’s eligibility guidelines. 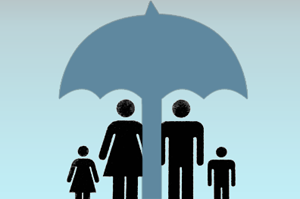 During a Senate Health, Education, Labor and Pensions Committee confirmation hearing, Sylvia Mathews Burwell said that CHIP is “a program that is successful.” In either her current role as director of the Office of Management and Budget or, if confirmed as the next HHS secretary, “I would look forward to working with the Congress to make sure that we continue a … program that is delivering for children in an important way.”

Burwell also noted that in her prior roles in the Clinton administration, she helped create and worked on the program. It is slated to run out of funding in October 2015. The health law authorized the program through 2019 but lawmakers still have to fund it.

If the program ends, many families whose children are now covered by the program would likely have to seek coverage for them in the health law’s new online insurance marketplaces. Many advocates fear that not all of these families would qualify for Medicaid, even in states that expanded eligibility; and the private plans sold on the exchanges would offer fewer benefits at higher costs.

Ed Walz, vice president of communications for First Focus, a bipartisan children’s advocacy group, said Burwell’s comments indicate that “the incoming HHS secretary understands that CHIP performs a distinct role.” The health law “deliberately didn’t do a lot with CHIP” because the law’s exchanges and Medicaid expansion are focused on adults, he said.

“CHIP provides quality care at a price their parents can afford,” he said. “What we see here is recognition on her part that this ain’t broke. We just need to make sure that it just keeps on going.”

At the hearing, Sen. Robert P. Casey, Jr., D-Penn., noted that some members of both parties “intentionally or unintentionally [have tried] to undermine CHIP” over the last couple of years, but added that “we’re going to fight real hard to make sure we preserve it and fund it at all costs.”