Do it or else. Increasingly, that’s the approach taken by employers who are offering financial incentives for workers to take part in wellness programs that incorporate screenings that measure blood pressure, cholesterol and body mass index, among other things.

The controversial programs are under fire from the Equal Employment Opportunity Commission, which filed suit against Honeywell International in October charging, among other things, that the company’s wellness program isn’t voluntary. It’s the third lawsuit filed by the EEOC in 2014 that takes aim at wellness programs and it highlights a lack of clarity in the standards these programs must meet in order to comply with both the 2010 health law and the landmark Americans with Disabilities Act. 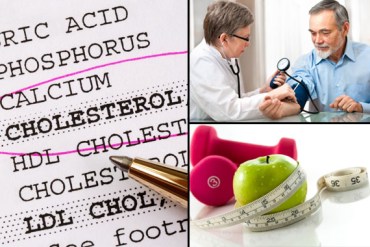 Honeywell, based in Morristown, N.J., recently got a reprieve when a federal district court judge declined to issue a temporary restraining order preventing the company from proceeding with its wellness program incentives next year. But the issue is far from resolved, and the EEOC is continuing its investigations. Meanwhile, business leaders are criticizing the EEOC action, including a recent letter from the Business Roundtable to administration officials expressing “strong disappointment” in the agency’s actions.

In the Honeywell wellness program, employees and their spouses are asked to get blood drawn to test their cholesterol, glucose and nicotine use, as well as have their body mass index and blood pressure measured. If an employee refuses, he’s subject to a $500 surcharge on health insurance and could lose up to $1,500 in Honeywell contributions to his health savings account. He and his spouse are also each subject to a $1,000 tobacco surcharge. That means the worker and his spouse could face a combined $4,000 in potential financial penalties.

“Under the [Americans with Disabilities Act], medical testing of this nature has to be voluntary,” the EEOC said in a press release announcing its request for an injunction. “The employer cannot require it or penalize employees who decide not to go through with it.”

Further, Covert says, it’s easy for employees and their spouses to avoid the tobacco surcharge. Smokers can take a 15-minute online tobacco cessation course, while non-smokers can simply call up the health plan and certify that they don’t smoke.

“The way they described the program was quite hyperbolic,” Covert says.

Eighty-eight percent of employers with 500 workers or more offer some sort of wellness program, according to a 2014 national survey of employer-sponsored health plans by the benefits consultant Mercer. Of those, 42 percent offer employee incentives to undergo biometric screening, and 23 percent tie incentives to actual results, such as reaching or making progress toward blood pressure or BMI targets.

The health law encourages employers to offer workers financial incentives to participate in wellness programs. It allows plans to incorporate wellness incentives — both penalties and rewards — that can total up to 30 percent of the cost of employee-only coverage, an increase over the previous limit of 20 percent. If the wellness activity aims to help someone reduce or quit smoking, the incentive can be even higher, up to 50 percent of the plan’s cost.

Under the ADA, employers aren’t allowed to discriminate against workers based on health status. They can, however, ask workers for details about their health and conduct medical exams as part of a voluntary wellness program. What constitutes a voluntary wellness program under the law? Employers, patient advocates and policy experts want the EEOC to spell out what “voluntary” means under the ADA and clarify the relationship between the  health law and the ADA with respect to wellness program financial incentives.

The EEOC is always reviewing its guidance, but there’s no timeframe for issuing further guidance, says spokesperson Kimberly Smith-Brown.

“The incentives are meant to engage employees,” says Laurie Whitsel, director of policy research at the American Heart Association, “but they’re not the comprehensive programming we’d like to see employers offer.” It’s really important to have a culture of health, Whitsel says, including an environment that supports a healthy workplace, from a smoke-free work environment to healthy food in the cafeteria.

Patient advocates voice another concern: That wellness program financial penalties may be so onerous they actually limit people’s access to the medications and primary and preventive care they need to get and stay healthy.

“When penalties become that high, it really is a deterrent to affordable, quality health care,” says Whitsel.