A research letter published Monday by Harvard scientists in the Archives of Internal Medicine suggests that doctors who adopt the use of electronic health records have a lower rate of malpractice claims. 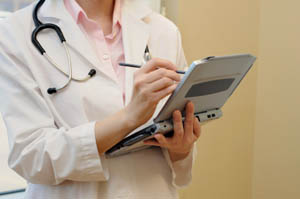 “This study adds to the literature suggesting that EHRs have the potential to improve patient safety and supports the conclusions of our prior work, which showed a lower risk of paid claims among physicians using EHRs,”  report the researchers. They also note that lower malpractice claims can help to curb health care costs.

The researchers acknowledged the results could relate to unmeasured factors such as doctors who “were early adopters of EHRs may exhibit practice patterns that make them less likely to have malpractice claims.”

The 2009 federal stimulus package provided financial incentives for doctors who start using EHRs before 2015.  Many providers have been struggling to make the change, however, and there have been concerns over privacy.