It’s time to take electronic health records to the next level. Federal officials on Thursday released their second-stage guidelines for “meaningful use” of electronic records, which advocates say have the potential to reduce medical errors and streamline care. The proposed rules require doctors and hospitals to significantly step up their usage, as well as better engage patients and improve the transferability of records. 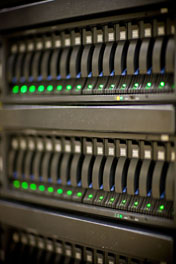 The 2009 federal stimulus provided $30 billion as an incentive for health care providers nationwide to implement electronic records for their Medicare and Medicaid patients. Officials established the “meaningful use” program, which provides financial rewards in three stages if certain standards are met. The first stage requires providers to begin setting up an electronic system and to record basic information including diagnoses and prescriptions for a portion of patients.

The rules proposed Thursday start off by extending Stage 1; providers who began compliance in 2011 would now have until 2014 to move on to Stage 2. Many of the objectives of the second stage will be the same — ordering prescriptions electronically and so forth — but the minimums for “meaningful usage” will go higher. For example, at least 60 percent of patients must have their medications and lab tests ordered electronically during Stage 2, instead of the 30 percent required during Stage 1.

In the second stage, the government is also putting an emphasis on making sure that electronic systems are able to talk to one another – or are “interoperable.” It’s “a real push ahead,” said Farzad Mostashari, the national coordinator for health information technology. Mostashari talked generally about the guidelines as he gave the keynote speech at the HIMSS annual conference in Las Vegas on Thursday.

The rules require systems be able to transfer patient information across platforms. A “summary of care” — which includes past diagnoses, procedures and test results — must be able to follow patients across referrals and changes in health care provider. The information should also be available to some patients, who under Stage 2 requirements should be able to view their records online, as well as download and transfer information. Additionally, some patients must be able to communicate with their doctors through a secure, online system.

A few new initiatives, although not absolute requirements for providers, were also added in the Stage 2 rules. For example, it’s asked that systems be able to transmit data to public health agencies and connect to registries, like those used for cancer research. Providers are also encouraged to record family health history and be able to transmit imaging results — x-rays and the like — to help avoid the need for duplicate scans.

The Stage 2 rules also advance other government health initiatives. Records will be used to help measure the quality of care being provided and would be aligned with reporting requirements for accountable care organizations and other quality efforts coming out of the 2010 federal health law.

The proposed rules are open for 60 days of public comment once they are published in the Federal Register on March 7.