Most of the front door of Rachel Taylor’s little yellow house in White Sulphur Springs, West Virginia, is pasted with paw prints where her dog struggled to get inside during the flood last month. He was too big to carry through the rising waters.

Across the street, nestled between two battered houses, an empty lot is marked by a cross with an array of flowers and photos — a small memorial for a family washed away by the torrent.

Taylor’s dog survived and is now with some of her family members in Kentucky. But those neighbors across the street, the Nicelys, were swept away when their house collapsed; they have since been confirmed dead.

“When I start feeling overwhelmed with this,” Taylor said from her front porch, “I just look across the street at that memorial and I think, there’s nothing that we have lost that can’t be replaced or mended.”

She and her husband spent seven years renovating this 1930s Craftsman house, room by room. They were just about done with renovations when their house flooded a few weeks ago. Today the living room is gutted.

“You know, the first couple of days it was very intense,” Taylor said. “It was kind of ‘crisis mode.’ Maybe that’s the way I would describe it, because you didn’t really have time to think about it and process it.”

But once the full extent of the damage set in, Taylor said, she developed severe nausea and carsickness to the point of not being able to drive.

A number of people, she said, have chalked up her symptoms to nerves. “You know, the stress level. You don’t realize your body is just having a response to this.” 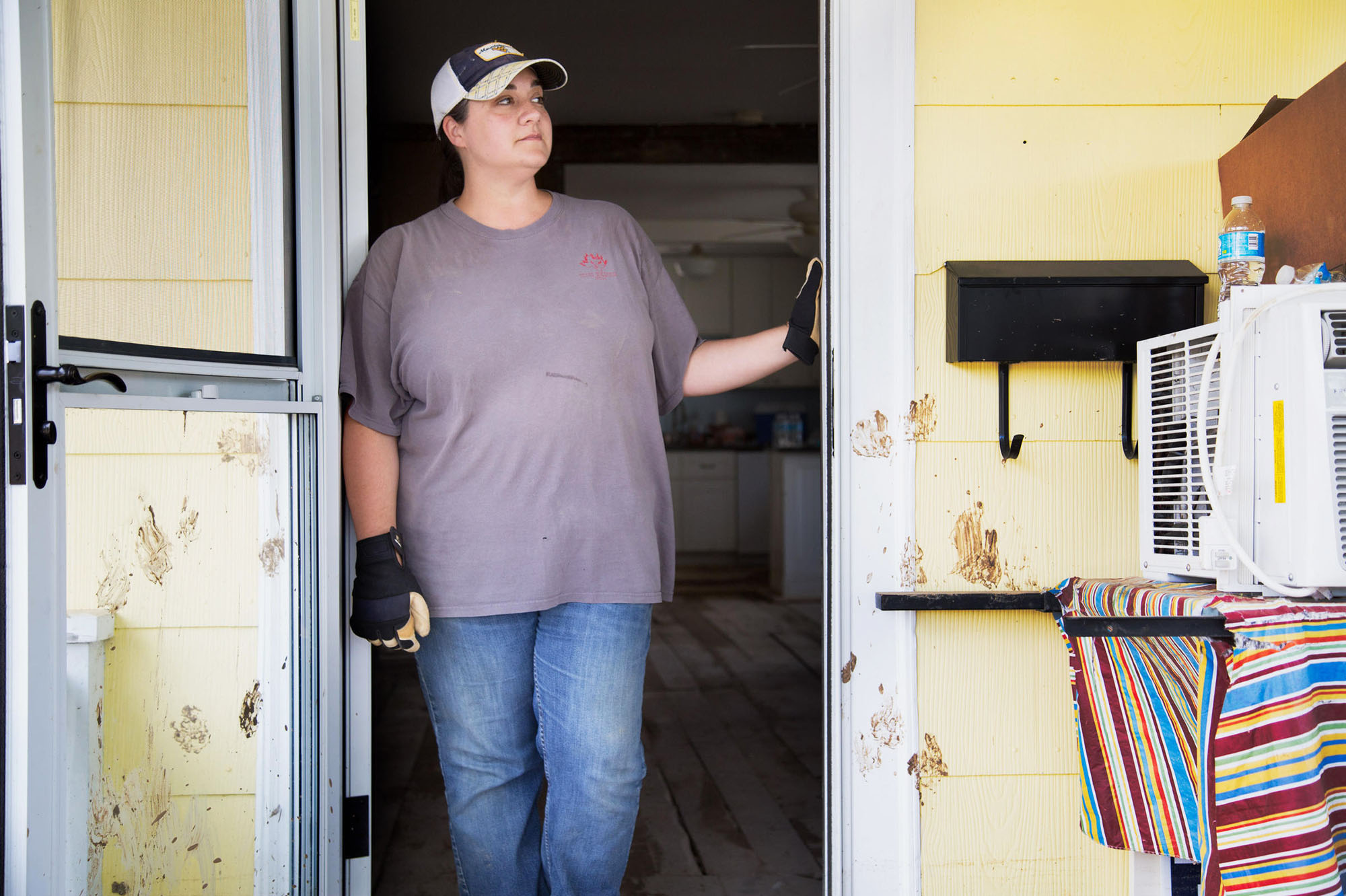 Taylor worries that the houses in her neighborhood will remain abandoned and that she, her husband and her 14-year-old daughter won’t feel safe at home anymore. She plans to rebuild, but says her family will likely sell the house and move.

“It’s a physical aspect of the stress response — it will affect the body’s ability to concentrate, to rest and to be able to function,” said Marcie Vaughan, leader of the state-funded West Virginia Community Crisis Response Team. “Cognition is slowed and impaired,” she adds.

“From the behavioral health perspective, we find we are more in need after the tenth [or] twelfth day,” Vaughan said, “just because immediate needs of food, clothing and shelter take precedence.”

In the first few days following the flood, Vaughan’s team members split their time between helping people replace lost psychiatric medications and looking for signs of mental distress in people at shelters or feeding stations.

“We see fatigue, problems with cognition,” she said. “You have individuals who walk into a supply center and they have no idea what they need.”

A 2012 study published in the journal Social Psychiatry and Psychiatric Epidemiology found that while most people bounce back a few months after a disaster, if their ongoing stressors aren’t addressed — such as a lack of permanent shelter, financial challenges and repeated exposure to the trauma — affected residents will continue to struggle.

“As the fatigue sets in and the frustration, we see an increased need for behavioral health intervention,” said Vaughan.

This story is part of a partnership that includes West Virginia Public Broadcasting, NPR and Kaiser Health News.