The Obama administration Tuesday announced a one-year delay in the Affordable Care Act’s requirement that businesses with 50 or more employees offer coverage to their workers or pay a penalty.

Administration officials said the delay was in response to employers’ concerns about the law’s reporting requirements. Delaying the law’s “employer responsibility” provision would give employers more time to comply and give the government more time to consider ways to “simplify the new reporting requirements consistent with the law,” according to a blog post from Mark J. Mazur, the assistant secretary for tax policy at the Department of Treasury. 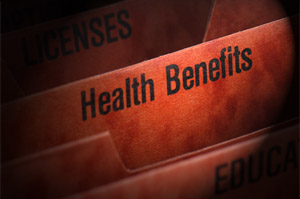 It’s unclear what effect the announcement will have on the health law’s goal of providing coverage to millions of American who do not now have it. Although many large employers do provide insurance, the benefits packages vary widely. Workers whose employers do not offer coverage, and now have an additional year to do so, will be forced to go to the exchanges to get coverage.

Ron Pollack, executive director of Families USA, which has supported the health law, said he didn’t think the change would have a major impact on expanding health coverage, noting that 94 percent of employers with more than 50 workers offer health insurance. But he did say the decision could delay some employers’ decision to start offering coverage or upgrading it to meet minimum benefits of the law. “The decision, I think, will result in some people not getting coverage who would have received coverage if the employer responsibility provision had not been delayed.”

“This one year delay will provide employers and businesses more time to update their health care coverage without threat of arbitrary punishment,” Neil Trautwein, the vice president and employee benefits policy counsel for the National Retail Federation, said in a statement.

Randy Johnson, a senior vice president of the U.S. Chamber of Commerce, took a similar tack: “The administration has finally recognized the obvious – employers need more time and clarification of the rules of the road before implementing the employer mandate. The Chamber has testified numerous times about the problems with the mandate, and we applaud the administration’s step to delay this provision. We will continue to work to alleviate this and other problems with ObamaCare.”

The National Federation of Independent Business, which unsuccessfully sued to overturn the health law, praised the announcement.

In a statement, Amanda Austin, the group’s director of federal public policy, said the move “is simply the latest evidence that implementation of this terrible law is going to be difficult if not impossible, and the burden is going to fall on the people who create American jobs.”

Democratic lawmakers and some of the law’s strongest advocates were slow to respond but Adam Jentleson, a spokesman for Senate Majority Leader Harry Reid, D-Nev., said in a statement, “Flexibility is a good thing. Both the administration and Senate Democrats have shown — and continue to show — a willingness to be flexible and work with all interested parties to make sure that implementation of the Affordable Care Act is as beneficial as possible to all involved. It is better to do this right than fast.”

But Republicans pounced on it, declaring it further evidence that the law will cost jobs and increase health care costs.

“This announcement means even the Obama administration knows the ‘train wreck’ will only get worse,” said House Speaker John Boehner, R-Ohio. “This is a clear acknowledgment that the law is unworkable, and it underscores the need to repeal the law and replace it with effective, patient-centered reforms.”

Sen. Orrin Hatch, R-Utah, the ranking member of the Senate Finance Committee, noted that the delay takes the issue past the 2014 congressional elections.  Hatch also said the fact that the administration was not also giving individuals or families a one-year extension from coverage requirements “shows how deeply flawed the President’s signature domestic policy achievement is.”

In a White House blog post, Valerie B. Jarrett, a senior adviser to President Barack Obama, said the delay would give employers time to test the new reporting systems and make any necessary  adjustments to health benefits. She said the administration has changed implementation details before, noting that it previously decided to simplify its original exchange application from 21 to three pages.