A decision to invalidate the entire health care law would have vastly different effects on employers, depending on their size. 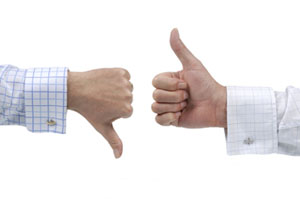 Businesses with more than 50 employees would no longer face penalties if they failed to make affordable coverage available to workers beginning in 2014.

Small employers, which were not subject to penalties, would lose access to state-run health insurance exchanges, designed to give them cheaper, easier access to health insurance. They would also no longer be eligible for tax credits to help offset the cost of providing insurance – a benefit used by about 309,000 companies as of last November, according to the Internal Revenue Service.

The law had been projected to lower premium costs for large employers slightly, while having a more mixed impact for small firms, according to the Congressional Budget Office.

While the law’s main focus is expanding access to insurance, with some effort to curb costs, it is the price tag for health care that is the top concern for employers. Premiums for job-based coverage have grown faster than inflation for more than a decade. Surveys show that Insurance provided through employers now averages more than $4,000 a year for single employees and $15,000 for families.

Employer groups that opposed the law feared it would drive up costs because of new rules requiring them to simplify forms explaining benefits, calculate whether their coverage is “affordable” under the law’s definition and for some small employers, offer more generous benefits.

Supporters contended it could slow health spending by cutting the number of uninsured, whose uncompensated costs to the medical system are built into insurance premiums, and make it easier for small businesses to purchase insurance.

While job-based coverage remains the main way most insured Americans get coverage, it has been in decline, dropping from 60 percent of workers in 2007 to 55.8 percent last year, according to the Employee Benefit Research Institute, a nonpartisan group in Washington.

The law does not require employers to offer coverage, but it comes close:  Firms with 50 or more workers face fines starting in 2014 ranging from $2,000 to $3,000 per worker for failing to offer coverage – or having coverage deemed unaffordable because it would cost workers more than 9.5 percent of their household income.  Firms with fewer than 50 workers are exempt.

How such penalties will affect employers is difficult to predict, says a brief by Academy Health, a nonpartisan research group.

While the fines are lower than what many employers pay for coverage – a seeming incentive to drop it – many firms provide health benefits to attract and retain workers, so are unlikely to forego it because of the penalty, the report says.

The Congressional Budget Office estimates the law could lead to about 3 million to 5 million fewer people getting job-based coverage from 2019 through 2022. Many of those people will go onto state-based online exchanges to buy their own coverage, some with federal subsidies.

Under the law, firms with more than 200 workers must automatically enroll employees into insurance, although workers may opt out.

Small firms will be able to purchase coverage through state-based “exchanges,” beginning in 2014.  The new marketplaces may provide more competition – and potentially lower prices. But coverage sold there must meet “essential benefit” requirements, such as coverage for prescription drugs, maternity care and other services that might not be included in small firm coverage currently.

Some employers offer so-called “mini-med” plans,  the skimpiest of which may pay only the first $2,000 in medical costs annually. To avoid causing employers to drop that coverage before the exchanges take effect, the Obama administration issued temporary waivers to more than 1,000 employers, many of whom are in the retail or restaurant industries.

The law has several provisions already in place that require employers to:

–Offer to keep adult children on the plans until age 26.

–Offer preventive services, such as certain cancer screenings, without any co-payment.

Many are unhappy with the new rules, said Amy Gordon, a partner with McDermott Will & Emery who specializes in employee benefit plans. The external appeal of health insurer denials “keeps the claim alive” and can cost $2,000 to $5,000 per claim.

But, she said, employers do like some provisions, including an increase in the amount of penalties or incentives they can offer to cajole workers to participate in wellness programs tied to health-related standards, such as staying within certain weight limits or having cholesterol or blood pressure measures in a healthy range.

“I would hope if the entire law gets scrapped, they [Congress] will at least resurrect this,” said Gordon.

Even if the entire law is overturned, Gordon doesn’t believe employers would be jolted into dropping coverage. “I can’t picture many employers saying we’ve had coverage for years and now we’ll toss it out. Most employers who want to provide coverage are doing it.”

KHN’s ‘What the Health?’: Who Will Run the Biden Health Effort?

Come for Your Eye Exam, Leave With a Band-Aid on Your Arm