“There’s been a lot of focus on end-of-life care for cancer,” said Melissa Wachterman, the study’s principal author and a physician at the VA Boston Healthcare System and the Boston-based Brigham and Women’s Hospital. “But most people don’t die of cancer. And the quality of end-of-life care for those dying of other conditions … is not as good.”

The research was published online Sunday in JAMA Internal Medicine.

Researchers examined survey data from the families of about 34,000 people who died in the Veterans Affairs health system between Oct. 1, 2009 and Sept. 30, 2012. They looked at how those families rated the quality of medical care and whether patients had access to things like a palliative care consultation, whether they died in hospice or the intensive care unit — a majority prefer the former — and whether they had a do-not-resuscitate order in place, since those usually stem from end-of-life planning conversations.

About 60 percent of people with a relative dying of cancer or dementia said their relative got excellent end-of-life treatment, with about 80 percent saying the relative always got the care he or she wanted.

Those figures drop off for other conditions: About 55 percent of people reported excellent end-of-life care for relatives who died of renal, cardiovascular or pulmonary conditions, and about 54 percent indicated that for family members dying of “frailty.” Those same groups ranged between 73 and 77 percent in saying doctors always gave desired care.

Patients with these conditions were also markedly less likely to have a palliative-care consultation — meetings designed to focus care on alleviating pain and improving quality of life — and tended in greater numbers to die in the intensive care unit and not in hospice care. That’s out of line with many Americans’ stated preferences. Studies show most people want to die comfortably at home, opting for fewer rather than more treatments. 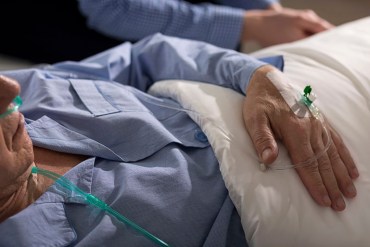 Though the study focused on the VA, she said, she would expect the trend to bear out in other health care settings.

The federal government has tried to make it easier for health professionals to accommodate patients’ dying wishes. Doctors can now bill Medicare, the health insurance program for senior citizens, for talking to them about end-of-life preferences. Federal estimates suggest that by 2040, people older than 65 will make up a fifth of the population.

But many physicians say they feel uncomfortable or don’t know how to have these talks.

Taking steps to better incorporate palliative doctors into the continuum of care could help, said Amos Bailey, a professor of palliative medicine at the University of Colorado Anschutz Medical Campus.

In the short term, though, there probably won’t be enough of those specialists to meet the growing need, he said, adding that primary care physicians must be prepared. Bailey, who also directs the school’s masters’ program in palliative care, was not involved with the study but wrote an accompanying opinion piece.

Culturally, Wachterman noted, doctors and patients alike don’t often think to talk about death preferences until it seems unavoidable. For cancer and dementia, she suggested, there may be a broader understanding that the diseases are terminal. And there’s a clearer timeline for when to start planning for death.

“Everybody gets that if you have advanced cancer, it’s very serious,” she said. But, she added, “There isn’t always the recognition that these other conditions are also very serious.”

But health professionals need to know what their patients would want, even if dying seems like an abstract idea, said Harriet Warshaw, executive director of the Conversation Project, a Boston-based group that promotes end-of-life planning.

“It’s always too early and too late,” she said. “We don’t know when we’re going to die, so it’s important to get those [plans] right and have those discussions with our clinicians and our loved ones.”

Medicare payments help, she added. But advance-planning talks need to be integrated into routine care. For instance, electronic health records could prompt doctors to float the subject with patients.

Wachterman noted, however, that less care isn’t what everyone wants. For some patients who want to do everything possible to fight disease death in an intensive care unit could be the right outcome, even if it’s uncomfortable.

“The right amount of the ICU is not zero, even for people at the end of life. We want to match the use of invasive interventions with patient preferences,” she said.

But to unearth those preferences, it’s crucial to have systems and protocols that help foster open dialogue, Warshaw said.

“We know from the research people want to have [these conversations],” she said. “It’s about getting physicians over the fear of raising this. They’re not abandoning their patients. They’re continuing to help their patients on the life journey.”