Teenage girls are catching up to teenage boys in one way that does no one any good: lack of sex education, according to a recent report.

The proportion of teenage girls between the ages of 15 and 19 who were taught about birth control methods declined from 70 to 60 percent over two time periods, from 2006-2010 and 2011-2013, the analysis of federal data found. Meanwhile, the percentage of teenage boys in the same age group who were taught about birth control also declined, from 61 to 55 percent.

“Historically there’s been a disparity between men and women in the receipt of sex education,” said Isaac Maddow-Zimet, a coauthor of the study and a research associate at the Guttmacher Institute, a reproductive health research and advocacy group. “It’s now narrowing, but in the worst way.”

The study, which was published online in the Journal of Adolescent Health in March, analyzed responses during the two time periods from the Centers for Disease Control and Prevention’s National Survey for Family Growth, a continuous national household survey of women and men between the ages of 15 and 44.

In addition to questions about birth control methods, the study asked teens whether they had received formal instruction at their schools, churches, community centers or elsewhere about sexually transmitted diseases (STDs), how to say no to sex or how to prevent HIV/AIDS. 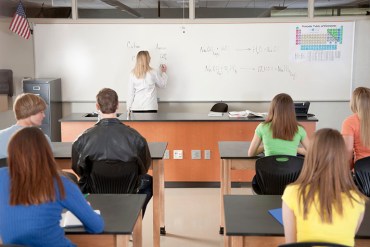 The proportion of young women who said they had been taught about how to say no to sex declined from 89 to 82 percent over the two study periods. For young men, the proportion remained essentially unchanged, inching up to 84 from 82 percent.

There were slight declines in the proportions of young women and men who said they had been taught about STDs and HIV/AIDS, but the responses were above 85 percent during both study periods for both sexes.

The study also notes that the decline in formal education about birth control occurred even though the federal government spending has increased for teen pregnancy prevention programs.

Despite the lack of formal teaching, teenage pregnancy rates have declined for more than two decades and are now at historic lows. Racial disparities remain, however, and few teens use highly effective long-acting contraceptives such as intrauterine devices or hormonal implants.

“Even though the teen pregnancy rate is declining, it might decline faster if teens were getting sex education,” Maddow-Zimet said.

Even As Birth Rates Fall, Teens Say They Are Getting Less Sex Education