Even though more Americans have access to health insurance because of the health law, getting access to mental health services may still be challenging.

A new report by the advocacy group Mental Health America (MHA) concludes that despite the 2008 mental health parity law, some state exchange health plans may still have a way to go to even the playing field between mental and physical benefits. The findings are based on minimum insurance benefits determined by the states before Obamacare plans began to be sold in late 2013. America’s Health Insurance Plans, an industry group, says the findings represent only “a snapshot in time” before mental health parity regulations were released in November 2013 and became requirements last July.

The report was paid for by Takeda Pharmaceuticals U.S.A. and Lundbeck U.S.A, a pharmaceutical company that specializes in neurology and psychiatric treatments. 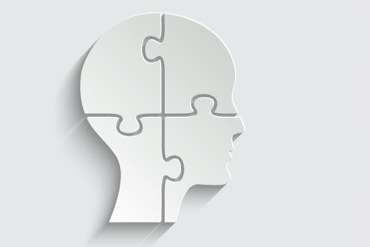 Among its other findings:

– 8.8 million, or 3.77 percent of Americans have reported serious thoughts of suicide.

– The highest rates of emotional, behavioral or developmental issues among young people occur just west of the Appalachian Mountains, where poverty and social inequality are pervasive.

The group found that, while information provided through plans’ “explanation of benefits” might show that there aren’t limits on mental health coverage, limitations including treatment caps and other barriers may exist.

“Parity is in its infancy. Most plans know the numerical requirements around cost-sharing, but few have taken seriously the requirements around equity — around access through networks and barriers to care through prior authorization,” said Mike Thompson, health care practice leader at PricewaterhouseCoopers. “And, in practice, we have a history of imposing much more stringent medical necessity standards on mental health care than other health care.”

The report doesn’t reflect the fact that many health plans have rolling renewals, meaning they have until Jan. 1, 2015 to fully comply with the parity law. AHIP, the insurance group, said insurers are following the law.

“Our members are committed to mental health parity, and we’re supportive of legislation, and what isn’t apparent is that benchmark plans represented a snapshot in time … so that doesn’t give us the full picture,” said Susan Pisano, vice president of communications. “Our plans have really been working to get in compliance.”

Chuck Ingoglia, senior vice president of public policy at the National Council for Behavioral Health, a Washington-based trade group for community mental health and substance use treatment organizations, said the report’s findings aren’t surprising — though they are troubling. Implementation of the parity law remains a work in progress, he said.

“The law is based on a sound policy premise — that addiction and mental health treatment decisions and management should be comparable to physical health conditions,” he said. “But this also creates a tremendous barrier to proving violations as it requires a consumer to obtain access to plan documents for both types of care, which is frequently handled by different plans,” Ingoglia said.

In addition, the report found that some plans didn’t set out what and how many services were covered. That means consumers would only find out a treatment wouldn’t be paid for by their insurer after they’d already received care.

Americans with mental disorders have the lowest rates of health insurance coverage, so obtaining  insurance is a good first step, according to Al Guida, a Washington, D.C.-based lobbyist who works on mental health issues with Guide Consulting Services. But the only way a denial can be reversed is through an appeal, which can be a long and arduous process.

“The vast majority of insurance plans offered on Affordable Care Act federal and state exchanges have close to no transparency, which could lead to abrupt changes in both mental health providers and psychotropic drug regimens with the potential for serious clinical consequences,” Guida said.

Meanwhile, there is a shortage of mental health care professionals — nationally there is only one provider for every 790 people, according to the report.

All of these factors can cause minor mental illnesses to grow more severe, according to Mental Health America CEO Paul Gionfriddo.

He suggested that mental illness should be screened for and covered in the same way cancer, kidney disease and other illnesses are.

“Right now we’re trapped in a stage where we wait for a crisis, when they’re in advanced stages and then we treat it, and we wonder why it’s so hard to treat it more cheaply,” Gionfriddo said.