It’s long been argued that if consumers are shopping with their own money, they will be savvier in their choices of services and doctors. But a research letter published Tuesday highlights a need for “greater availability of price information” as well as “innovative approaches” to make information easier for consumers to use.

The research letter, published in JAMA Internal Medicine, was based on an Internet-based survey of insured adults who had purchased medical care in the past year.

The researchers questioned nearly 2,000 respondents about what factors they considered when making choices. The survey included 1,099 people with high-deductible health plans — those that typically have lower monthly premiums but require individuals to pay more than $1,250 out of pocket before their insurance will kick in — as well as 852 people with more traditional forms of coverage.

They found that even when people were responsible for more of their health costs, they weren’t more likely to consider cost or shop around for the best deal on medical treatments. A majority of people across the board knew that some doctors cost more than others. Even so, only about 10 percent of consumers in each group considered other doctors the last time they bought medical care; and only about 4 percent compared costs.

Fifty-six percent of those with high-deductible plans said they would use additional sources of health care pricing information if they were available. So did half of those with conventional coverage.

“There is a big incentive for consumers in high-deductible health plans to price shop, and they just don’t seem to be doing it,” said Neeraj Sood, a co-author on the research letter and director of research at the Leonard D. Schaeffer Center for Health Policy and Economics at the University of Southern California.

In recent years there’s been an uptick in the number of high-deductible health plans. Almost 25 percent of people with employer-based coverage had high-deductible plans in 2015, compared with 13 percent in 2010, according to the Kaiser Family Foundation’s survey of employer health benefits. 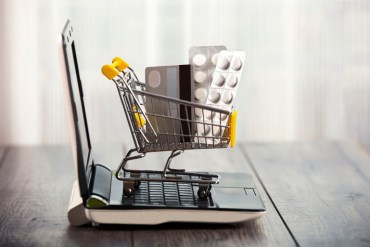 Last fall, for instance, the National Bureau of Economic Research, a private, nonprofit organization, published a paper analyzing how people’s behavior changed when their employer, a large, self-insured company, switched coverage from a free health plan to one with a high deductible. The conclusion: The switch did not cause workers to hunt for better prices when buying health care. Instead, the employees used less health care — cutting back on things they might not need, like imaging scans, but also on valuable services like preventive checkups.

Even as the trend toward higher deductibles gains steam, consumers’ ability to comparison shop remains relatively difficult, Sood said. And that might explain why more people aren’t shopping around for the best quality and value in the care they receive.

If policymakers are serious about bringing down health costs, Sood said, they need to take steps to push the health care industry to make pricing information more available.  For consumers, “skin in the game or financial incentives are not enough” to encourage bargain hunting in health care, Sood added. “We need to make it more convenient. We need to give the right decision tools with skin in the game.”

Plus, when people buy a medical procedure, they’re often paying for several services at the same time — if they’re getting surgery, they have to pay for the surgeon, the anesthesiologist and the hospital fee, said Benjamin Handel, an assistant professor economics at the University of California, Berkeley, who co-authored the National Bureau of Economic Research paper. That bundling together of several services makes it harder to price shop, he added, saying it’s difficult to find how much each of those different things will cost and then to come up with the right, most cost-effective collection of goods. Even if people have a financial incentive to shop around, then, they might be too discouraged to really try.

Though cost sharing hasn’t yet encouraged people to shop around, that could change, Handel said. “I don’t think these studies should rule out increased cost sharing,” he said. “The focus should be on trying to provide more information and more tools” for consumers.

Meanwhile, an editor’s note accompanying the letter noted the limitations of Internet-based surveys such as this one, citing their potential for skewed response rates, among other shortcomings. Still, the note defends the study’s findings, and the authors’ interpretation of their results. “It is true that high-deductible health plan enrollees have ‘skin in the game,’” writes editor Joseph S. Ross. “However, these enrollees are exposed to substantial out-of-pocket risk with little evidence that this risk exposure will incentivize higher-value health care decisions.”

Even With ‘Skin In The Game,’ Health Care Shoppers Are Not More Savvy